Sony’s new NWZ-E350 series MP3 player has a kickin’ multimedia experience at a very affordable price. You’ll get 50 hours of audio playback (mp3 files at 128 kbps) and 10 hours of video. Audio formats include MP3, WMA (DRM), AAC (non-DRM) and linear PCM, and supported video is WMV (DRM). There’s also the Sony’s SenseMe technology, which automatically puts your music into easily searchable categories. It’ll be available in red and black next month for $70 for a 4GB version and $80 for an 8GB version. 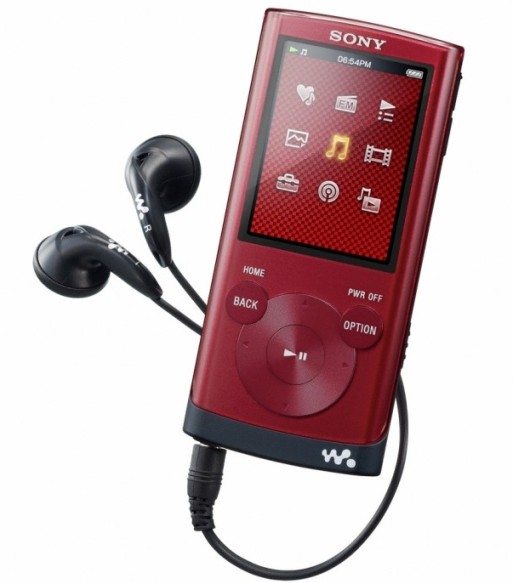 WHAT:           It supports up to 50 hours of audio playback (mp3 files at 128 kbps) and 10 hours of supported video playback (WMV at 384 kbps).  The unit utilizes Sony’s own “Clear Audio” technologies,  for clear, deep sound without distortion. The model also comes equipped with Content Transfer Software, enabling simple transfer of music and video files straight from a PC or iTunes™ library (not including DRM files).

The player features Sony’s SenseMe™ technology, which automatically categorizes music tracks in a connected library into a variety of music channels and playlists. It also has a brand new user interface with such features as “Album Scroll” and “Scene Scroll”, enabling quick and easy content navigation.

It includes a “Bookmark Function” so listeners can create playlists on-the-fly while listening through songs from their music library. Simply bookmark a song while it’s playing to a custom, user-generated playlist. Supported audio formats for the new player include MP3, WMA (DRM), AAC (non-DRM) and linear PCM, and supported video format is WMV (DRM).