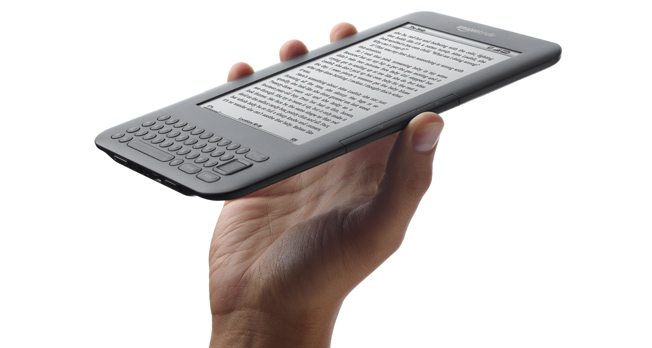 AT&T is licking its chops because they will soon begin selling Amazon’s 3G Kindle in its retail locations. Starting March 6th, customers will be able to purchase the Kindle 3G eReader from AT&T stores across the country for $189. 3G service on AT&T’s nationwide network is still bundled with the purchase price of the device, so no additional service plan will be required.

“Amazon has without question pioneered the eReader space with Kindle, and it’s exciting to not only connect this device through our network, but now offer it in our stores to readers around the country ,” said Glenn Lurie, president of emerging devices for AT&T, in a statement. “As the first dedicated eReader offered in our stores, we are confident the Kindle will be an attractive addition to our in store connected devices lineup.”

Amazon also charges $189 for the Kindle 3G on amazon.com, however customers who purchase the device online will not have to pay sales tax.

Kindle is Bestselling Product in the History of Amazon

“Amazon has without question pioneered the eReader space with Kindle, and it’s exciting to not only connect this device through our network, but now offer it in our stores to readers around the country ,” said Glenn Lurie, president, emerging devices, AT&T. “As the first dedicated eReader offered in our stores, we are confident the Kindle will be an attractive addition to our in store connected devices lineup.”

“We’re excited to work with AT&T to offer Kindle 3G to AT&T customers across the country,” said Mike McKenna, Vice President, Amazon Kindle. “Customers tell us they love Kindle 3G because of its light weight, battery life of up to one month, and advanced paper e-ink display that works in direct sunlight. Customers love being able to think of a book and be reading it in less than 60 seconds thanks to AT&T’s wireless network.”

The new Kindle 3G boasts the advanced paper-like Pearl E Ink display that is easy on the eyes and works outside in direct sunlight, massive storage of up to 3,500 books, up to one full month of battery life with the wireless off, no monthly wireless fees or annual contracts, and light weight which makes it easy to take with you everywhere you go — all for only $189.

Kindle offers the largest selection of the most popular books people want to read. The Kindle Store now has more than 810,000 books, including new releases and 107 of 111 New York Times Best Sellers. Over 670,000 of these books are $9.99 or less, including 79 New York Times Best Sellers. Kindle lets you “Buy Once, Read Everywhere” – on Kindle as well as on free Kindle apps for, iPad, iPod touch, iPhone, Mac, PC, BlackBerry, Windows Phone and Android-based devices. Amazon’s Whispersync technology saves and synchronizes your full library of books, bookmarks, last page read, highlights and annotations across all of your Kindles and Kindle apps so you never lose your place or are without your reading.

The JBL CLIP 4 is a compact and ultra-portable Bluetooth speaker that comes equipped with a sturdy carabiner, while also featuring a IP67 Waterproof and Dust-proof rating and up to 10 hours of battery life. Thanks to its integrated carabiner, you can conveniently clip it to your backpack, belt, buckles or even to any clothing item with straps, and then ultimately explore the world while bringing your music along with you. Best of all, since this awesome portable waterproof Bluetooth speaker supports Wireless Bluetooth Streaming, you can have it stream your music from any Bluetooth-enabled device, whether that's your Smartphone, your tablet, or any other device that features Bluetooth connectivity. Thanks to that, you can have your main Bluetooth device inside your backpack and streaming your music directly to the JBL CLIP 4, which you can have clipped to any part of your exploration gear thanks to its integrated carabiner.
Read more
Media Gadgets