Film Camera Review: The Case for a 35mm Re-Boot 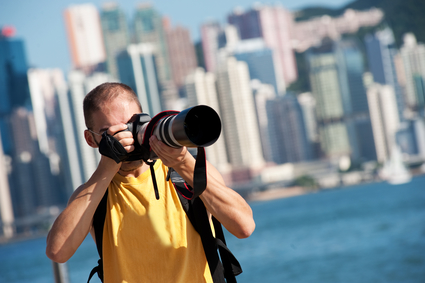 Remember film cameras? Most of us do, but when was the last time you used one? MarketLine reported that the commercial digital camera industry will grow to a whopping $11 billion dollars by 2015, continuing to encroach on traditional film cameras. According to DailyTech.com, the use of digital and smartphone cameras in lieu of traditional ones was a catalyst for the bankruptcy of the Eastman Kodak company, and threatens the industry at large.

Taking pictures with a film camera has become a lost art. Although widespread access to digital cameras has enabled us to take more on-the-quick photos, a hasty jaunt around Facebook will certainly prove that quantity does not equal quality. Sure, digital is easy and sharable, but film cameras offer many forgotten benefits.

Aside from the fact that you’ll spend a significant chunk of money on a digital camera that can capture the same quality and richness found with a standard film camera, photographers and hobbyists are starting to reacquaint themselves with this lost art.

Overall Image Quality: Film cameras naturally capture light better, and they are more forgiving of focusing and exposure issues, sometimes even making for beautiful blunders. Film cameras also offer the ability to play with shutter speed variations, which allows for time-lapse and overexposure, should you desire them.

Digitization: The process of converting 35mm prints to digital is daunting to many photographers. The cost of an adequate scanner, sizing, color correction, formatting and the sheer time suck of it all is off-putting. However, prints and negatives can be sent off to companies like digmypics.com, where professionals will scan and retouch your negatives for as little as 39 cents a pop. You can also drop your prints and negatives off at Costco for about the same price, but without the professional formatting.

Best Cameras for Your Needs

Bronica SQ/SQ-A: The pack mule of the film camera world, the Bronica is a favorite with photographers. This medium-format SLR works with its own tailored lenses. Its manual focus is not for the faint of heart, but the mirror lock-up and multiple exposure features make it a good choice for shooters who want to experiment with varying negative sizes. These beauties and their parts can be easily found on Ebay, Craigslist and KEH.com, in prices ranging from less than $100 to a few hundred dollars for a fully equipped model.

Canon EOS 1N: Named after the Greek goddess of the dawn, this camera left a lot of pros peeved when the newer model disallowed mounting of old FD lenses, a foible that was remedied when the newer models came out. This camera has some state-of-the-art features that have withstood the test of time, like 16-zone evaluative metering and a 5-point area AF. Even better: All your current model Canon accessories should work on it, too. Available online for $200-300. Canon has also just released their additions to the EF lens series, the new EF 24-70mm F/4L IS USM and the EF 35mm F/2 IS USM.

Fujifilm GA645: This fun-looking little gadget is harder to find. It’s a medium format that’s small and light and produces 120/220 negatives. It’s 60mm lens and built-in flash are perfect for the on-the-go shooter, and the autofocus feature doesn’t hurt, either. The semi-retro appearance also makes this a draw for any photo enthusiast. Its relative rarity makes this model price at around $400-500 online.