There’s no doubt that the Valve Index is the next-generation VR headset people have been demanding. Equipped with a great display that runs smoothly, even with older GPUs, a wider field-of-view and Valve’s knuckle controllers that can track the movement of every finger.

It’s the VR headset that we’ve been wanting for three years, but VR is inevitably expensive – the Valve Index is $999 (£919, about AU$1,425) – and it’s worth mentioning that it’s not without issues.

But should we just discard the idea of having a Valve’s VR headset? Not at all. We could compare the Valve Index to the Oculus Rift or HTC Vive headset as another non-descript VR headset, but here are the Pros: There’s a glossy plastic faceplate on the front, above two front-facing cameras that can be used for pass-through video and, potentially, AR applications. Get it, and when using this headset, you’ll feel the gray pads that line the inside, which are both comfortable and snug.

There are two dials – one on the left side that changes the physical distance from the lens to your eyes, and one on the back that makes the headband tighter or looser.

How does it work? The closer a screen is to your face, the wider the field-of-view. But, for folks who wear glasses, you won’t be able to get the lenses right up to your eyes.  The Valve Index uses a dual LCD display with a 1440×1600 resolution per eye. Unlike Oculus, that drops the refresh rate of its displays for the Oculus Rift S, the Valve Index has a 120Hz display with the ability to be bumped up to 144Hz, so this is indeed a big upgrade.

The box comes with the headset itself, the new Valve Index Controllers (or ‘Knuckle’ controllers) and the Version 2.0 Base Stations that needs to be set up around your room.  In case you already have a Vive or Vive Pro headset, the first-gen base stations are compatible with the Valve Index – but you should start with the second-gen stations if you don’t have a pair yet.

The base stations that the Valve Index uses seem much better at tracking than the Oculus Rift S. In terms of performance, while all these features seem to require extra horsepower, they work fine with the much-older Nvidia GTX 980 GPU. That’s great for anyone who doesn’t have the money to upgrade their GPU after buying a $1,000 VR headset, which could allow for a lot more people to get into VR. 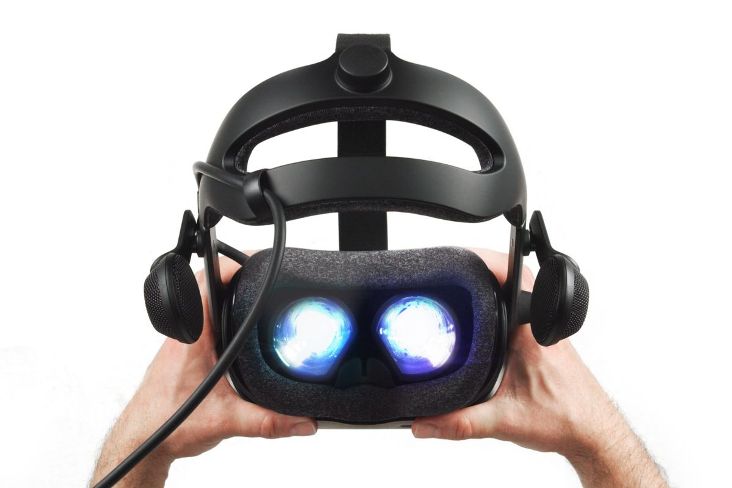 As more people adopt VR, more developers will see VR games as a business opportunity. For now, Steam’s VR section is a bit smaller, when compared to the endless growing main store. At the moment, the top titles selected by Valve to show off the new hardware are just a lot of old titles that play better with the Knuckle controllers, like Fruit Ninja or Beat Saber. You can also expect around five hours of playtime before you need to recharge the controllers.

With that said, games like Valve’s Moondust demo look great on the high-resolution screen and play without any hiccups, even on less-than-ideal hardware, but they feel more interactive with the Index Controller. Being able to release items by opening your hand – which is completely natural in the real world – might feel unnatural at first after using regular VR controllers for a long time, but after adapting to it, it just becomes second nature.

Regarding the sound quality, the Valve Index uses a built-in solution that works incredibly well. You can hear many details without distortion, but it can get reasonably loud. It will also feel more hygienic when you pass the headset to another person – as your ears never make contact with the pads.

The early impression of the Valve Index is a great one. It raises the bar for virtual reality… for anyone who can afford to spend around $1,000 on a VR headset.