Gadget Gram
Home More AR and VR Augmented and Mixed Reality: What is it, and Where is it Going?
MoreAR and VR

Augmented, virtual, and mixed reality products are at the forefront of technological change. Over the 2010-2020 decade, there have been many new products released which have captured the imagination of creators, developers and businesses alike. This report on XR includes market research on AR (augmented reality), VR (virtual reality) and MR (mixed reality) areas, compiled from historic data from nearly 100 companies and over 170 distinct products, with forecasts from 2020-2030.

XR products captured the consumers imagination during the early 2010s with the release of devices such as Google Glass. In the decade since, there have been a wide range of applications for such devices, from gaming, uses in education, to enterprise such as remote assistance and hands-free working. Over the past decade, technology has driven smaller, faster, and more powerful devices for users. The next decade promises many new and exciting products, allowing a more immersive experience for users. 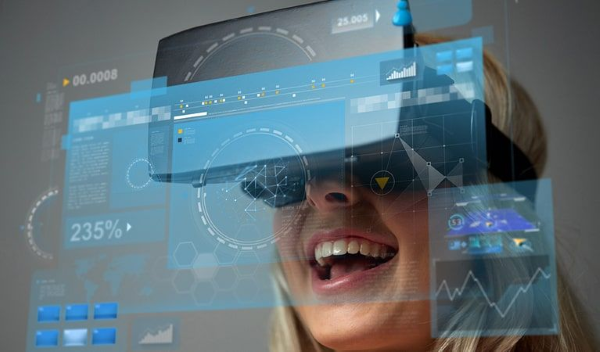 This report characterizes the markets, technologies and players in the AR, VR and MR market. The study includes market data from 2010-2018 and forecasts from 2020-2030. The report covers various headsets in these markets and discusses the applications and use cases for them.

The VR, AR and MR products discussed in this report are defined as devices which “create digital environments that users can interact with”. In this report, virtual reality devices are those which completely replace reality with a new 3D environment, augmented reality products overlay digital content onto the real world, and mixed reality products add superimposed images which interacts spatially with the real world in real time. The products investigated in detail in this report do not include headsets which provide a “first person view” or “video glasses” which display visual and audio content via a headset to a user, as they do not try to create a virtual reality. environment, but they are included for completeness and comparison purposes.

Within the categories, of VR, AR and MR, there are three distinct groups which can be made: PC products which need a physical PC attachment, standalone products which do not require a PC and smartphone products, which are those which use a smartphone’s capabilities to implement the immersive experience. All three of these groups for VR, AR and MR are discussed and compared in this report, with historical data from 10 years worth of products, and forecasts up to 2030.

The forecasts show that both the markets in VR and AR&MR are growing, with the combined markets expected to grow over $30Bn by 2030. Along with the forecasts, this report also discusses the trends in technology used in various XR products, for example, comparing the weight, field of view, resolution and display type, for over 175 products. The methodology for this research has both primary and secondary research, by contacting company executives and developers to identify the most recent technological advances in the XR market.

With many different research topics, IDTechEx have a broad network of experience and experience across the expert team of analysts for this research. On top of this, IDTechEx hosts leading events covering AR VR MR technology, and the analyst team travels, speaks and meets companies globally each year. The result of these efforts enables this report to be the most comprehensive characterisation of the AR VR and MR industry today, and an excellent resource for anyone involved or investigating this space.

For any more information on augmented, virtual, and mixed reality, check the Press Release embedded below.

Augmented and mixed reality: what is it, and where is it going? 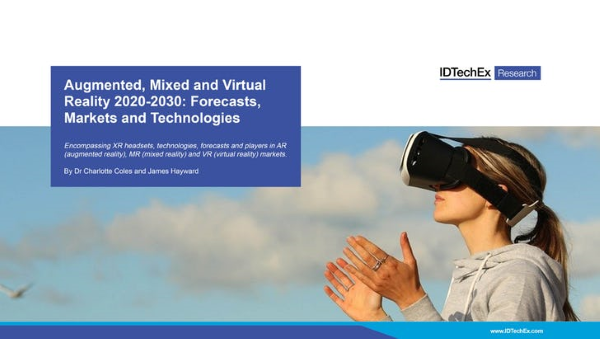 XR is a term that has become more prominent in the last few years. It encapsulates virtual, augmented, and mixed reality topics. The definition of each of these has become saturated in the past decade, with companies using their own definitions for each to describe their products. The new IDTechEx Report, “Augmented, Mixed and Virtual Reality 2020-2030”, distils this range of terms and products, compares the technologies used in them, and produces a forecast for the market next decade. This premium article discusses AR (augmented reality) and MR (mixed reality) in more detail.

The report discusses 83 different companies and 175 products in VR (virtual reality), AR (augmented reality) and MR (mixed reality) markets. This promotional article specifically discusses the findings from this report of the augmented and mixed reality markets.

Augmented Reality (AR) and Mixed Reality (MR) are two technologies which have become more prominent in the past ten years. AR is the use of computer technology to superimpose digital objects and data on top of a real-world environment. MR is similar to AR, but the digital objects interact spatially with the real-world objects, rather than being superimposed as “floating images” on top of the real-world objects. AR and MR are also closely related to VR. There is a cross-over in application and technology, as some VR headsets simulate the real space and then add in extra artificial content for the user in VR. But for this article, AR and MR products are considered those which allow the user in some way to directly see the real-world around them. The main target sectors of AR and MR appear to be in industry and enterprise markets. With high costs of individual products, there appears to be less penetration into a consumer space.

AR and MR products are being used in a variety of settings. One way they are being used is to solve a problem called “the skills gap” This describes the large portion of the skilled workforce who are expected to retire in the next ten years, leading to a loss of the knowledge and skills from this workforce. This knowledge needs to be passed on to new, unskilled, employees. Some companies propose that AR/VR technology can fill this skills gap and pass on this knowledge. This was one of the key areas discussed at some events IDTechEx analysts attended in 2019, in researching for this report.

AR use in manufacturing and remote assistance has also grown in the past 10 years, leading to some AR companies targeting primarily enterprise spaces over a consumer space. Although there have been fewer direct need or problem cases which AR can solve for a consumer market, smartphone AR can provide an excellent starting point for technology-driven generations to create, develop, and use an XR enabled smartphone for entertainment, marketing and advertising purposes. One example of smartphone AR mentioned in the report is IKEA place. This is an application where a user can put a piece of IKEA furniture in their room to compare against their current furniture. It allows users a window into how AR can be used to supplement their environment and can be used in day to day activities such as purchasing and visualising products bought from an internet marketplace.

AR and MR companies historically have typically received higher funding per round than VR – e.g. Magic Leap which has had $2.6Bn in funding since its launch in 2017, but only released a creator’s edition of its headset in 2019. AR and MR products tend to be more expensive than VR products, as they are marketed to niche use cases. These are discussed in greater detail in the report, for example the below plot which shows this tendency for AR/MR products to be more expensive than VR products.

The report compares both augmented and mixed reality products and splits them into three categories: PC AR/MR, Standalone AR/MR and Smartphone/mobile AR/MR. PC products which need a physical PC attachment, standalone products which do not require a PC, and smartphone products – those which use a smartphone’s capabilities to implement the immersive experience. Standalone AR/MR have had more distinct product types in the past decade, and this influences the decisions made when forecasting the future decade to come.

The report predicts an AR/MR market worth over $20Bn in 2030, displaying the high interest around this technology. This report also provides a complete overview of the companies, technologies and products in augmented, virtual and mixed reality, allowing the reader to gain a deeper understanding of this exciting technology.

In conclusion, VR, AR & MR, as with nearly any technology area, must build on what has come before. This technology is heavily invested, targeting the future potential of XR headsets. “Augmented, Mixed and Virtual Reality 2020-2030” (www.IDTechEx.com/ARVR) provides a complete overview of the companies, technologies and products in augmented, virtual and mixed reality, allowing the reader to gain a deeper understanding of this exciting technology.

To find out more about Wearable Technology research available from IDTechEx visit www.IDTechEx.com/Research/WT or to connect with others on this topic, IDTechEx is hosting: Wearable Europe – Applications and Commercialization, 13 – 14 May 2020, Estrel Convention Center, Berlin, Germany  www.WearableEurope.tech.

IDTechEx guides your strategic business decisions through its Research, Consultancy and Event products, helping you profit from emerging technologies. For more information on IDTechEx Research and Consultancy contact [email protected] or visit www.IDTechEx.com.