Following the launch of the BLU G9 earlier this year, the company recently released the BLU G9 Pro, which introduces a few significant improvements from its predecessor. These include an enhanced display resolution, a triple camera setup, a snappier chipset, more storage space, and even wireless charging.

The BLU G9 Pro is basically a mid-range smartphone packed with a premium design and features that are usually reserved for more expensive devices. It is one of the best blu phones to come out from the company this 2019. As a matter of fact, it stacks up well against handsets that are double its price!

We have thoroughly evaluated the BLU G9 Pro to come up with this definitive review to help you decide if it offers enough bang for the buck to be your next smartphone.

The BLU G9 Pro is easily one of the most elegant-looking handsets released by the company. It is a striking device that also feels a lot more premium than its predecessor and even some higher-end phones.

If you have gotten used to an OLED screen, the display on the G9 Pro may come as jarring, but it is well worth the money.

Another addition to the BLU G9 Pro is support for wireless charging. It is rare for a mid-range smartphone to have this feature, so it is a pleasant surprise to see it on the G9 Pro. The device is capable of 10-watt wireless charging, which is one of the fastest charging rates available today.

The most disappointing component about the BLU G9 Pro is the haptic feedback. It feels sluggish and cheap, which makes you assume that they may have cut some corners in this aspect.

Overall, the BLU G9 is an impressive package that looks and feels like a higher-end device.

You may also be interested in the fact that it has a headphone jack!

Aside from a few changes in the Quick Settings Panel and the Setting Menu, the software on the BLU G9 Pro is literally identical to its predecessor— a slightly modified version of Android Pie.

If you are no stranger to Android devices, everything should be easy to figure out.

The most salient addition to the BLU G9 Pro is the Face-ID feature. It performs relatively fast, but maybe a precarious way of protecting the device since it lacks the hardware needed for 3D Depth Mapping.

On the other hand, the BLU G9 Pro comes with a rear-mounted fingerprint scanner, which is a much more reliable means of securing your phone.

Another negligible downside to the software of the BLU G9 Pro is the lack of NFC. For users who don’t use Google Pay, this shouldn’t be an issue.

The BLU G9 Pro features a triple camera setup on the back. These include a 5 MP depth sensor, a 20 MP night shooter, and a 16 MP primary camera. The device also has a 24 MP front-facing camera for the selfie-loving mob.

However, the BLU G9 Pro’s software-based portrait or bokeh mode poorly performs when using the front camera. The primary shooter does a much better job thanks to the separate depth sensor on the back. Strangely, the 16 MP camera produces much more detail compared to the 20 MP night mode despite the wide resolution difference.

At any rate, it is capable of taking decent photos, but it can’t compete with the latest flagship smartphones.

In terms of performance, the BLU G9 Pro took a massive leap over its predecessor. The MediaTek Helio P60 chipset in the G9 Pro runs significantly better despite being clocked at the same speed and having the same number of cores.

The MediaTek Helio P60 processor is paired with 4 GB of RAM, which is roughly the minimum for an amiable experience.

LTE bands 2/4/5/12/13 may be enough for essential services, but you won’t be able to enjoy the full-service quality and speeds offered by popular carriers.

The BLU G9 Pro is the best phone to come out of the company so far. Aside from having an appealing design and premium feel, it performs on par with smartphones that cost twice as much. The triple camera array leaves much to be desired, but it is decent enough to be your everyday shooter. An upgrade to the upcoming Android 10 is guaranteed along with two years of security updates. 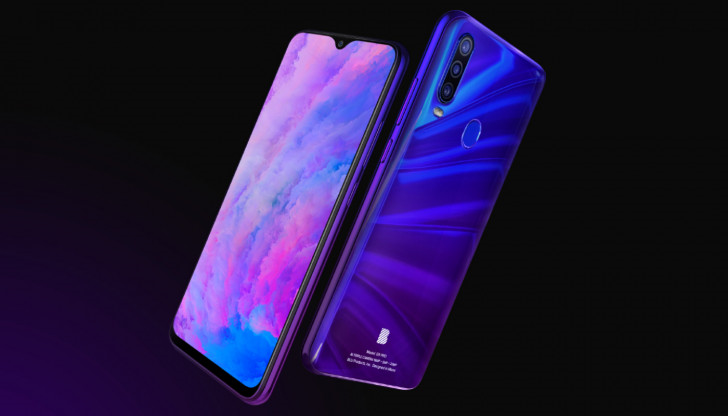 If you have a budget of around $250, you won’t find a device that has better value than the BLU G9 Pro.