Microsoft is releasing its new Microsoft Office Mobile App for iOS and Android devices today, in which Word, Excel, and PowerPoint are combined into a single mobile App.

Back in November, the company had already opened an iOS beta-testing and Android beta-testing phase for anyone that was interested in trying out the new Microsoft Office Mobile App, which basically worked as a hub for all things related to the Office Apps in Mobile Platforms. 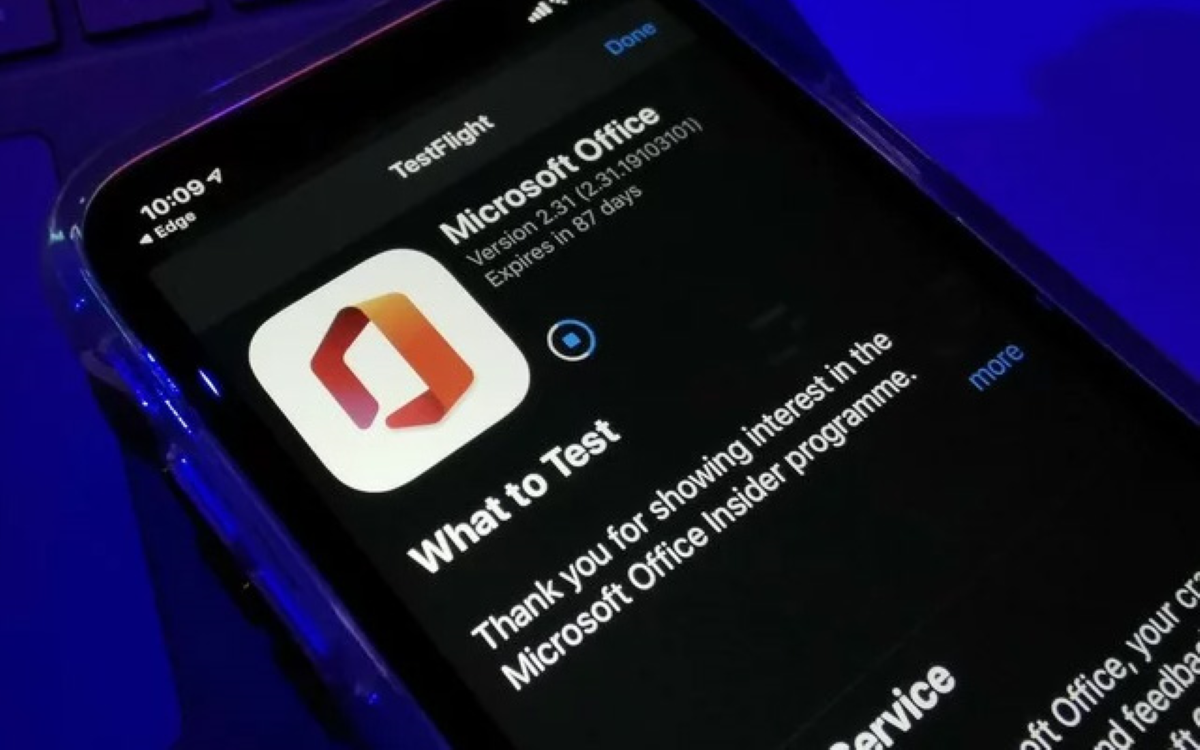 However, as of today, the company announced that beta-testing is officially over, which means that anyone can download and install Microsoft’s new Office Mobile App.

The company has been focused on turning some of the more mobile-friendly parts of Word, Excel, and PowerPoint into quick actions that let users get their document-related tasks done while they’re on-the-go.

As stated before, all of those main apps – Word, Excel, and PowerPoint – are now combined into a single and unified App, which means that users can easily switch between Word documents, Excel Spreadsheets, and PowerPoint presentations, as well scan .PDF files at any time.

This allows users to easily get to recent and recommended documents stored in the cloud or on their device, or search for documents across their organization when using a work account.

Users can also capture whiteboards, text, and tables and convert those into digital versions. This last one is a super cool feature, as it allows users to easily and quickly transform their pictures into documents.

In the nearby future, the company will also be bringing support for third-party cloud storage services like Dropbox, Google Drive, iCloud, and Box.

While today’s release is mainly focused on Smartphones, it will also be available for Android tablets, but with “limited support” according to the company. Still, this means that a fully optimized tablet experience will be available for both Android and iPadOS devices very soon. Nonetheless, keep in mind that you shouldn’t expect it to run “super-well” on your tablet.

While the initial feature set is focused on allowing users to easily use Word, Excel, and PowerPoint files as well as quickly create templates and scan tables – all while they’re on-the-go – Microsoft also stated that even more mobile features are on the way soon, and these future-planned features will be more mobile-focused functionalities.

Other features like Word dictation allow users to use Word within this new Office App to dictate their voice into written text, as well as use voice commands and simple toolbars to easily apply the right formatting and punctuation you need.

This refers to the new voice command bar that allows users to add punctuation like commas, exclamation marks and question marks.

Microsoft is also planning to make Excel easier to use on Mobile by bringing a brand-new “Cards View”. This new Cards View will allow users to view and edit data in Excel table rows in a simple, digestible card format that makes it a lot easier to see on a vertical phone screen. This basically means that you won’t ever have to span across columns that extend beyond the limits of your smartphone’s screen.

Since Excel was designed with columns and wider screens in mind, mobile users would often face a common problem in which they would be scrolling across a dataset and then forget which line they were looking at in the first place.

Thanks to this new card view, that can now be avoided, as the new display feature improves data-viewing for people who want to edit and view Excel spreadsheets on mobile while they’re on-the-go.

While these three cool new features are not available as of today’s official release, Microsoft is still planning to introduce them in the upcoming months. Nonetheless, you can already download the new unified Microsoft Office Mobile App for both iOS and Android devices.

The company is also planning to keep the individual Word, Excel, and PowerPoint Apps available for anyone who prefers to only use the standalone versions, but it’s clear that this combined/unified App is where most of the new mobile-focused features will be integrated in the nearby future, contrarily to the mentioned standalone versions.

CamScanner App – Turn your Smartphone into a PDF Scanner

The CamScanner App is a mobile app that allows you to turn your devices into a portable PDF and JPEG scanner, making it the perfect solution to store any important data while you're on-the-go. This is one of the best (if not the best, even) scanning apps for mobile devices that allow you to convert any paper format documents into digital documents.
Read more
Gadget News

2020 has so far seen more people working from home than ever before, and thanks to the wonder that is the internet. In this article we discuss 4 of the best ways that are currently available for you to make money while working from home during 2020.
Read more
Mobile

Nowadays, being a high school, college, or university student is not an easy job. Various responsibilities top your day-to-day lectures as well as assignments....
Read more

The Somnox Sleep Robot is a Robotic Stress Reliever and Sleeping Aid Device that can be used to guide a user towards relaxation while also improving the person's sleep by simply slowing down their breathing. This compact kidney-shaped robot can help you fall asleep quicker and sleep more deeply, and even wake up more refreshed by using sleep science and effective relaxation techniques. It’s extremely easy to use as all you have to do is simply cuddle with it during your time sleeping at night. Overall, the Somnox Sleep Robot is a great solution for all your sleep problems, and it can be used to achieve a healthy sleeping routine without resorting to any sleep medication.
Read more

The Knops Earplugs are acoustic adjustable hearing controls that let you easily and conveniently reduce any surrounding noise in just four steps. These hearing gadgets are the first-ever analog hearing solution that's adjustable in multiple sound-level settings (meaning different dB levels). With them, you can easily control the typical noise life and ultimately have a quieter and more peaceful daily routine throughout the busy city life that's commonly found everywhere. That goes for loud cars honking, general traffic passing by, a crowded coffee shop with tons of people talking when you're trying to stay focused on a study piece your reading, and pretty much anything else that might sound loud for you at any given moment.
Read more

The Philips SmartSleep Connected Sleep & Wake-up Light is a Smartphone-enabled Alarm Clock and Therapy Lamp that's equipped with a built-in LED Light and a digital Bedroom Monitor. It allows users to gently wake up and easily fall asleep by virtually recreating a sunrise and sunset light while also letting users constantly and conveniently check their bedroom's temperature, noise, light and humidity levels via the unit’s proprietary SleepMapper App.
Read more

The KONG Box is an amazing monthly subscription service that brings both dog owners and their beloved dogs the perfect mix of dog chewing, training and comfort toys, as well as treats and informational sheets with dog tips, tricks and doggy meal recipes. Every box ships with personality tips based on the personality profile that each dog owners creates for their dogs at KONG's online page.
Read more

At first glance this looks like any other ordinary watch on the market, but on closer inspection you find a clever design that stores...
Read more
Home Gadgets

The first generation of the iPhone app for Zeo is now available!  You'll remember the Zeo Personal Sleep Coach System we reviewed a while...
Read more
Miscellaneous Gadgets