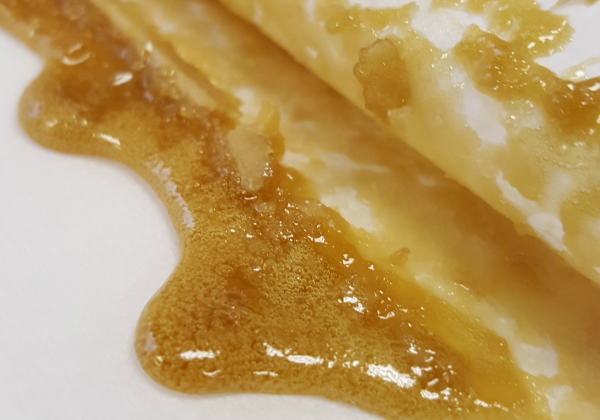 If you’ve been looking for the best way to consume cannabis, then you’ve come to the right place. Concentrates derived from rosin have been the rave for quite a while now. And with companies developing more products that address the need of rosin enthusiasts, it only proves that rosin is not merely a fad but is here to stay in the industry. The nice thing about it is, almost anyone can get these extracts.

Rosin is defined as the process of extracting the oils from cannabis buds using heat and pressure. These oil extracts are what give the buds their taste and aroma.  Among all the extraction procedures, Rosin is the simplest but one of the most potent products you can get from cannabis.

Why Is Rosin More Superior to Other Concentrates?

Rosin offers superiority over other concentrates in different ways.  First of all, Rosin is easy to extract. As long as you have heating plates and can apply pressure, you can extract rosin unlike closed-loop systems, which need complicated apparatuses and skill to operate.

Rosin also offers purity, as it does not need to uses solvents, such as butane or propane. These solvents, which are used in closed-loop systems, can be dangerous when not handled correctly. That’s why rosin pressing is ideal for beginners.

You need to have the proper rosin bags for the material you are extracting from. That means having the proper micron rating, size to match the quantity, and even material used for the bag.

As a rule of thumb, the lower the micron rating is, the finer the material should be.  Thus, if you’re getting rosin from kief or hash, you stand to benefit from rosin bags with a micron rating of 90 and below, while buds and trim benefit from micron ratings of 120 and above.  Your rosin bag size must also match the amount of material you’re extracting.

Luckily, manufacturers of rosin bags indicate the capacity of their products. It’s best to stick to that recommendation. But, to give you an idea of how much you should put in a rosin bag, you should make sure that the bag is full but not overloaded. The amount you put should also fit within the heating plates of your rosin press but with enough room for it to flatten and squeeze out the extracts.  And to get the best results, it’s best to pre-press your material with a mold to keep things compact and reduce the risks of blowouts.

You’re also going to encounter different materials for your micron bags: nylon, silk, and metal.  Between the three (3), your best bet would be nylon due to its stretchability and its low risk for blowouts or when the bag bursts from pressing. Meanwhile, silk is not as stretchable as nylon, and metal micron bags can damage the heating plates of your extractor.

What Do You Need To Extract Rosin?

You can start extracting rosin with common items, such as a hair iron. But of course, that would entail exerting more effort for pressure and even doing extra takes, considering that hair irons don’t reach the optimal temperature needed for extracting.

If you’re starting in getting rosin extracts, the hair iron is okay. It will help you understand the principles behind extracting rosin.

If by chance, you have a shop press, you may also opt to make your rosin press with the help of DIY kits that attach to your press.

Now, if you think you’re going to do this long-term and are willing to invest in a rosin press, you can try buying a personal rosin press such as the Ju1ce Box, Rosin Tech Go, or the Nugsmasher Mini.

Aside from having a device with a pair of heating plates and the appropriate micron bag for your material, you will also need the following:

How To Extract Rosin

Now comes the fun part.  It may seem like rosin extraction is a matter of heating and applying pressure.  While that may seem true, there’s more to that.  For one, you need to pre-heat the rosin press to the target temperature. Not all rosin press machines have temperature read-outs so you might have to do some trial and error until you get acquainted with your material.

Once you preheat your rosin press, you then slide in the material you’re extracting and slowly press to extract the rosin.  It has to be done slowly because you want to avoid blowouts and the burning of your material.  Extraction usually takes a minute or two, depending on the rosin press and material used. For first-time users, you may have to do this several times before getting the time right for pressing.  Note as well that different strains of cannabis may have longer or shorter times for extracting.

Once you’ve mastered getting rosin, you can enjoy it in different ways.  Many people turn to rosin as their vaping material of choice. Some add them to joints and blunts for an extra kick.  If you don’t like puffing, you can also add rosin to your edibles or use them with salves.  In any case, there are many ways to enjoy the benefits of rosin.

Extracting rosin for concentrates is one of the best ways to enjoy cannabis.  You don’t need any fancy equipment and chemicals to enjoy it, and rosin extracts are one of the purest in the market and easiest to get.  With all the benefits considered, it’s no surprise why many enthusiasts have opted for rosin for cannabis consumption.