For anyone that regularly uses their portable Qi-enabled devices (like a Smartphone and/or tablet) during a large part of their days, having a Qi Wireless Charging Pad set up somewhere within your working area or office space is always a great choice, as for any time the battery on your devices is running out of juice, you can easily and conveniently recharge them in no time, even when not having a Charging Cable around. On that note, if you’re looking for a reliable Wireless Charging Pad to go with, consider going with the Ampere Full Circle Wireless Input and Output Power Bank.

Featuring a sleek, ultra-portable and ergonomic design all while also coming equipped with a large XL Wireless Charging Area and a long-lasting built-in 13,400mAh rechargeable battery, this Wireless Charging Input and Output Power Bank makes for a great portable charging solution to have with you at all times, whether you’re at home, at the office, or even while you’re on-the-go.

With it, you’ll never again have to worry about keeping the battery levels on your Qi-enabled devices recharged.

So, let’s have a quicker look at this sleek True Wireless Charging Power Bank and check out everything that it has to offer you.

Right at the center of the power bank’s top-side, we can quickly notice its XL Wireless Output Charging Area, which is where you’ll be placing your Smartphone to have it recharged via the unit’s Qi-Wireless Charging functionality.

Note that the power bank’s XL Wireless Charging Area supports up to a maximum of 10W for its wireless charging output power.

In addition to that, the power bank’s Ergonomic Teardrop design makes it fairly easy for users to grab it / grip it without any effort and in total comfort. Best of all, at each corner of the power bank’s body, we also have some Elastic Phone Securing Straps that can be used to securely attach your Smartphone onto the power bank, which ultimately allows you to interact with your phone even while you’re having it recharged by the power bank’s Qi-Wireless Charging functionality. These Elastic Phone Securing Straps are really durable, and I even feel like they’re almost as durable as the unit’s sturdy body.

Now, I’d also like to point out that this True Wireless Charging Power Bank also features a very simple and easy-to-read Interface, as it comes equipped with a built-in LED Screen Display that very easily and conveniently keeps you informed about the power bank’s current charging state.

That said, the power bank’s built-in LED Screen Display is basically split into three different areas. Going from left to right, we have a Wireless / Wired Input LED, a Power Bank Battery Life LED that consists of a set of 4 LEDs, a Wireless Output LED, and a Wired Output LED (helps to inform users about when they have a device directly connected to either of the power bank’s Wired Output ports). Last but not least, at each side of the power bank’s body, just close to bottom of the unit, we also have its two dedicated Wired Ports. At the left-side of the unit, we have a 18W USB-C Input and Output port (USB-C QC/PD at 9V 2A, 12V 1.5A), which can be used to directly recharge your devices’ battery via a USB-C Charging Cable, or alternatively, to recharge the power bank’s own internal battery. Then, sitting right at the opposite side (meaning the right-side of the power bank), we also have a USB-A Output port (USB-A at 5V2.4A – or when using USB-C together with USB-A at 5V3.4A), which can be used to directly recharge your devices’ battery via a USB-A Charging Cable. 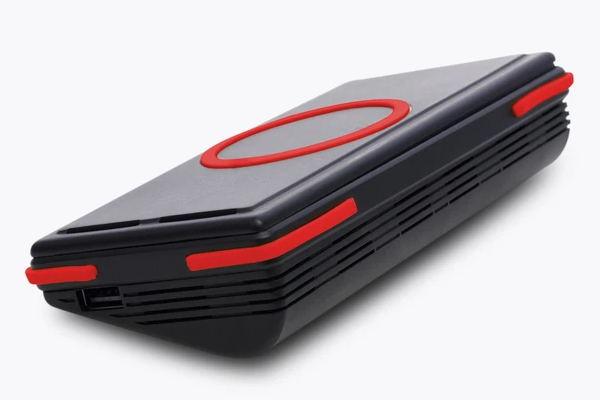 As said earlier, this True Wireless Charging Power Bank is powered by a long-lasting built-in 13,400mAh rechargeable battery, which can offer you a lot of power to either recharge your Smartphone’s battery completely for more than once, or alternatively, to recharge multiple devices at once. Last but not least, to recharge the power bank’s 13,400mAh internal battery, you can simply have it placed on a dedicated Qi-Wireless Charger / Charging Pad along with the rest of your Qi-enabled devices. However, if you have a USC-C Charging Cable around, you can also choose to recharge the power bank’s battery by having it directly connected to a USB-C PD Unit (if you so prefer). Note that the power bank supports a maximum of 15W Wireless Input when you’re recharging via Wireless Charging. Finally, I’d also like to point out that charging the power bank’s 13,400mAh internal battery from 0% to a 100% charge should only take you around 3.5 hours.

Speaking in terms of Compatibility, this True Wireless Charging Power Bank has its Wireless Output working with all Qi-enabled devices, including the Apple AirPods Pro and AirPods along with their respective Wireless Charging Cases, as well as pretty much any recently released Smartphone. 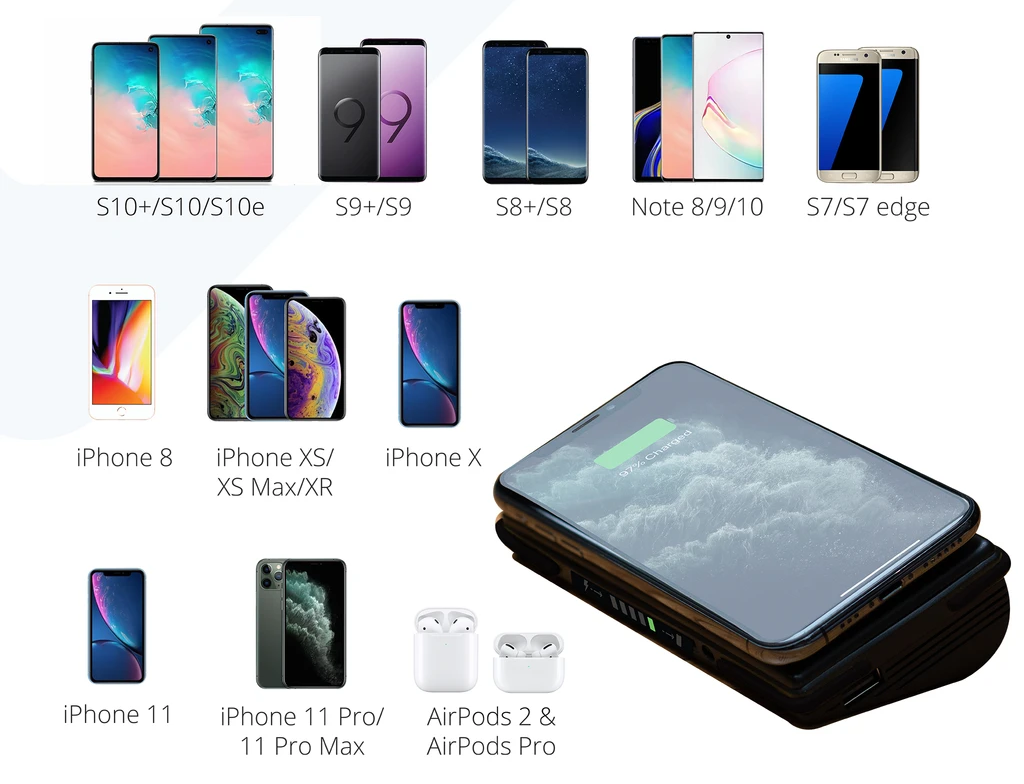 Overall, this is a very decent Wireless Charging solution to have around with you at all times, whether you’re at home, at the office, or even while you’re on-the-go.

If you’re interested in buying it, each power bank is currently going for $99.95, and each purchase also comes accompanied by a 1-Year Warranty. You can order yours online right now, directly from Ampere’s official shopping page, which you can access by clicking here.

The HYDAWAY Collapsible Drink Tumbler is a portable insulated drink tumbler that can be used to store both hot or cold beverages so that you can enjoy your favorite drink, at any time and anywhere. Featuring a fully-collapsible body that can be squeezed all the way to just 1-inch thick whenever you're not using it, a rigid and completely plastic-free construction, and a generous maximum capacity of 16 fluid ounces, this portable insulated drink tumbler is perfect for any Eco-concious person that not only spends a lot of time on-the-go, but also regularly wants to have a sip of their favorite beverage throughout their daily routine.
Read more
Miscellaneous Gadgets

The Ampere 65W USB-C GaN PD Adapter is a compact and versatile USB-C PD Travel Adapter that's powered by GaN Technology, which makes it cooler, more efficient and more powerful than traditional universal chargers. With it, you can have an ultra-portable Universal USB PD Adapter with you while you're on-the-go that ultimately allows you to quickly recharge the battery on just about any USB-C-enabled device that you can think of.
Read more
Miscellaneous Gadgets

The Quench is a smart plant-watering sensor system that's able to detect exactly when your plant needs water, for which the system will then notify you with a gentle audible tone. Overall, this simple, yet ingenious moisture-detection solution can make it very easy for you to take care (or better care) of your plants. With it, not only can you completely avoid over-watering your plants, but you'll also never forget to water your plants ever again!
Read more