When Less is Sold as More 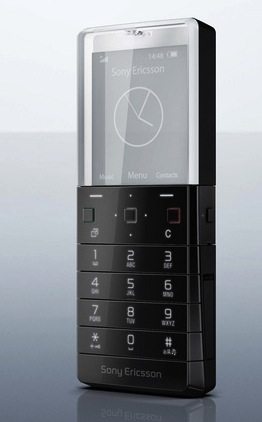 I recently dined at a fancy restaurant here in NY with some friends and was surprised at the rather miniscule portions that were served. “Less is more” I was told and in this case it proved to be correct. Less was definitely more if we were talking about price. In terms of filling, however, less was most certainly, well, less. Fortunately there are also cheap, late night burger joints where more is just more.

This experience comes to mind as I’m looking at a new phone from Sony Ericsson called the Xperia Pureness, that takes a page from the “less is more” playbook. The phone sells in the US at places such as Saks Fifth Avenue for $990 US. Yes, that’s not a typo, this is a $990 phone. As Sony Ericsson puts it “In an increasingly complex world, an innovative phone is honed down to the essentials. Xperia Pureness is free from excessive features, leaving an exceptionally simplified mobile experience. Talk. Text. Time.” Yep, the theme of the Pureness is “talk.text.time” and when SE says that, they mean it pretty literally.

The Pureness has no camera and very few of the features we’d expect from a modern phone. What is does have is beautiful form factor with a translucent LCD display (the first one of its kind) that glows when active so you can see what’s on it. The keys are invisible when not in use and also glow with a soft white light when you’re using the phone. While in truth, there’s more to the phone than that, it’s got most of the features of any Sony Ericsson phone including a media player, the ability to connect to your Exchange server via the ActiveSync protocol and even a copy of PacMan, none of those are likely to be the selling features of this phone.

A lot of folks have ridiculed the idea of a very high priced, essentially feature phone with fewer features than a Sony Ericsson T610 circa 2002, I might disagree. One user on Twitter commented that the Pureness costs more than a Sony Bravia 46″ HiDef TV set and a PS3 combined. My response to that is, if you’re making that type of value proposition, this is clearly not the phone for you. While I don’t think the Pureness will be a mass market success at the current price, or even at half the current price, I think it’s reflective of important changes in the phone market.

First, mature platforms fragment to meet the needs of niche markets. The phone market now is tracking to what’s happened in the PC space. I’ve often said that it was not long ago when all computers were created equal. PCs, were PCs. If you wanted a server, you turned the PC on its side, if you needed a workstation – you painted it black and if it was a portable you needed – you simply added a handle. Today, PCs are as much about fashion and style as it they are about the core benchmarks or functions. For years, phones were essentially utilitarian devices, optimized for phone calls. Smartphones were voice plus data services and/or apps. We’re now at the point where we will really start to see the concept of one size fits all begin to fade and the device market begin to fragment into devices designed for specific demographics, with different needs and desires for what they want in a phone.

But there’s more to the story, within niche markets there’s going to be room for devices that sell on the basis of form and function but also status.

It’s not a new phenomena. Rolex has made a pretty good business out of selling wrist watches that offer less features and keep time less accurately than a Timex watch that costs a fraction of the price. I could go on but the point is clear, there’s a market that’s looking for something different in their phone. Precisely the audience that’s shopping for phones at Sak’s 5th Avenue for a phone and not at the local carrier, and probably very different from the audience that’s reading this column.