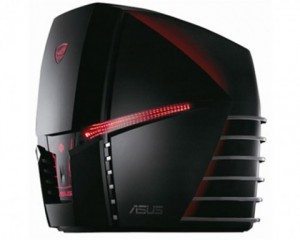 ASUS, a company renowned for pioneering netbooks, has recently introduced its latest product called ROG CG6190 which is a computer specifically designed to meet the demands of hard-core gamers.

Intel’s Core i7 has been designed to allow ROG CG6190 to perform twice as faster compared to Quad Core platform. With this technology’s impressive performance, 3D graphics (which have becoming more popular nowadays) can be supported by this desktop.

Another impressive feature of this device is the built-in biometric fingerprint scanner. With this technology, users should no longer worry about forgetting their passwords since the computer can be accessed by simply pressing one’s finger on the scanner.

To further immerse users with the virtual world of gaming, the desktop features a technology called FX X-Fi Audio Card with 3D nine virtual speakers which can support high quality audio sounds which can maximize the gaming experience of people.

To allow people to use this desktop for a longer period of time, it has a unique feature called liquid cooling modules which prevents overheating which may impede with the computer’s performance.

Providing high quality cinematic features, this computer has been designed with ATI CrossFireX combined with NVIDIA 3-WAY SLI to support high resolution graphics which come in vivid and well-details colors.

This desktop also boasts DDR3 1333 memory which can support up to 12 GB capacity. Meanwhile, the memory has also been designed to provide 6 x DIMM slots.

In terms of exterior design, the ROG CG6190 resembles an ancient armor with stripes of red lights on the casing which comes in ultra-black color. Meanwhile, this unique design is a fusion of Western and Eastern influence.

Meanwhile, the company has not yet revealed the exact pricing of ROG CG6190 and the date of its release to the general public.

Hand-E-Holder for iPad and RIM Playbook