Cannondale unveiled Simon, a new prototype that could revolutionize bicycle suspension. Simon is an onboard microprocessor that will allow you to customize your ride. 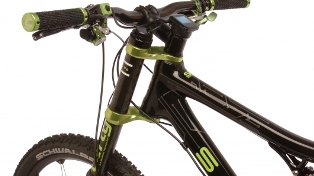 Utilizing the stem-mounted LCD screen and bar-mounted joystick, you enter your physical specs and riding preferences, then choose between one of five suspension modes: Cross-Country, All-Mountain, Downhill, Travel Management (for hill-climbing) and Lock-Out. Once you hit the trail, an optical sensor keeps track of where the fork is within its 130mm travel distance, and an accelerometer detects hits to the front wheel. Every time a hit is detected, the shock’s energy damping mechanism is instantaneously adjusted according to the suspension mode and rider data. 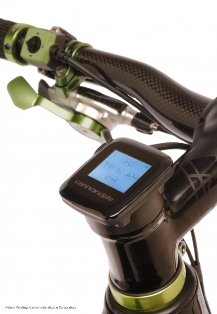 Damping mechanisms are the heart of any shock absorber, as they are what allow it to soak up the hits, as opposed to bouncing crazily up and down and bottoming out. On most forks, damping is achieved via a piston that forces oil through small orifices. The size and/or number of open orifices determines the amount of damping, and keeps it at that level until reset by the rider. On Simon, there is only one orifice, but its size is readjusted 500 times a second by a retractable pin. The larger the trail bump that the accelerometer registers, the farther out the pin is pulled, and the greater the amount of energy absorbed. 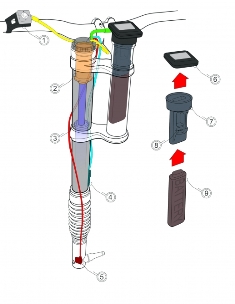 The damping pin is moved by a very speedy linear-force motor, and that motor draws its power from a rechargeable lithium-ion battery. The whole system weighs four pounds and has a battery rating of 8 hours. 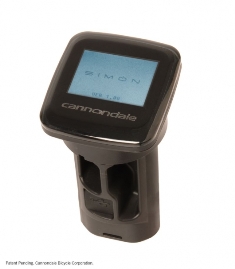 Pricing and release date for Simon are unknown. In the meantime, some of the technology may trickle down to existing Cannondale products, including rear shocks.(www.canondale.com/simon) 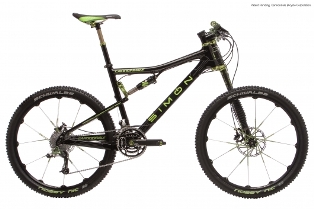