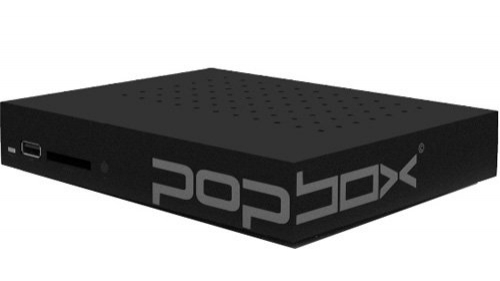 Building on the previous Popcorn Hour, the Syabas Popbox is a first-class media hub supporting all of the common audio and video formats, that lets you stream videos off the Internet, play games and even read tweets from your friends right from your HDTV set. The already comprehensive range of video formats supported in the Popcorn Hour has been further expanded and now supports 1080p (Full HD) video up to a 100Mbps bitrate. 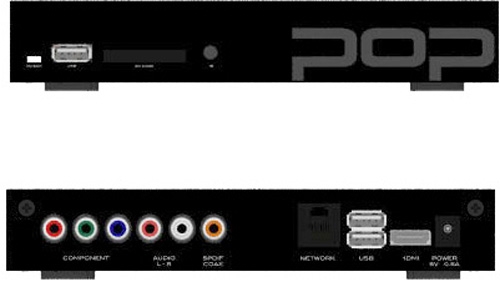 At just 8″ x 6″ x 1.25″ in size, you plug your ethernet cable into the Popbox for an Internet connection, HDMI for video input, and RCA and SPDIF for audio. It also has two USB ports and an SD card slot.

Consuming a measly 15W of power, the Popbox produces an awesome blend of media ranging from on-demand video to your friends’ tweets, all coming together in an eye-appealing and intuitive user interface. 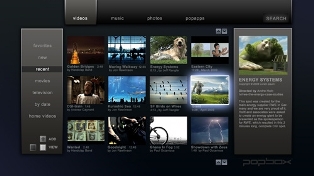 The already comprehensive range of video formats supported in the Popcorn Hour has been further expanded and now supports 1080p (Full HD) video up to a 100Mbps bitrate for highly detailed images. MPEG formats, H.264, VC-1, WMV and XviD, as well as multiple subtitle formats are all included, and can even stream content from iTunes using Apple’s Bonjour. Whichever the source and format, when properly tagged the Popbox will even pull metadata from IMDB for the movie you’re currently watching. 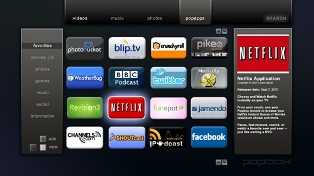 Another big improvement over the Popcorn Hour is in the “Popapps,” small applications in the style of Windows widgets that can be used for different tasks, from weather information to small games. Developers can build on an open platform that supports popular programming languages including Flash, Java and Qt. New Infopops can be downloaded and added over time, and this will certainly add functionality to the platform as it matures. 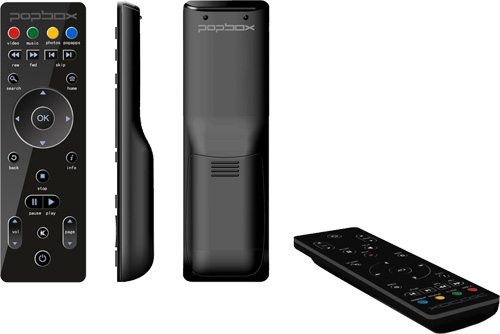 The Popbox is scheduled to start selling in the US in March for a suggested retail price of $129. A WiFi version is also rumored to be in the works and should be available for an additional $20. (www.popbox.com)(video courtesy of Tekzilla and Revision 3)