Line 6 has just announced the MIDI Mobilizer, a hardware interface designed to work with any iPhone or iPod Touch. 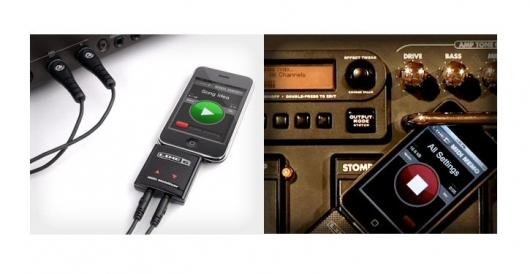 The app will even allow users to share settings or creations with fellow musicians or technicians by simply sending a Standard MIDI File via email, allowing onward manipulation through a computer-based digital audio workstation or for secure off-site storage or even just to listen to.

Introducing the only MIDI interface for iPhone and iPod Touch, Marcus Ryle of Line 6 said: “We’re very excited to announce MIDI Mobilizer, the first MIDI interface of its kind. It will connect MIDI musicians to the most portable platform ever, and allow them to play, record, and store any MIDI information.”

The first prototype of the MIDI Mobilizer was demonstrated at Apple’s 2009 Worldwide Developer Conference with the many-guitars-in-one Variax and the Vetta II multiple-voice-amplification-solution. In developing the MIDI Memo Recorder app, Line 6 has expanded the functionality of the MIDI Mobilizer so that it will work with any of the MIDI-capable amps, synthesizers, keyboards and effects units manufactured since MIDI first appeared in the early 1980s. 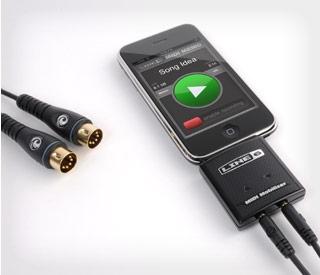 The hardware interface is plugged into an iPhone or iPod Touch (from where it receives its power) via the 30-pin connector and then the 2.5mm ends of the included five foot cable are inserted into the interface. At the other end of the Planet Waves cable are 5-pin DIN MIDI connectors which are connected to the in and out sockets of a keyboard. With the app running, pressing record and playing a song idea will capture the moment in real time. Pressing the stop button will end the session and hitting the play button will play the recorded idea back through the keyboard.

The MIDI Memo Recorder app is available now but the MIDI Mobilizer interface won’t be available until April. At the time of writing there’s no word on price. (http://line6.com/midimobilizer/)