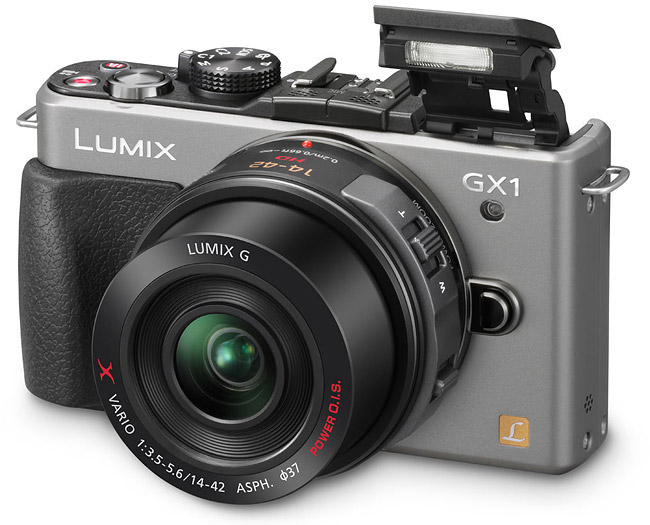 Panasonic just outted their latest [amazon_link id=”B00604YSQC” target=”_blank” container=”” container_class=”” ]Lumix GX1[/amazon_link], a 16 MP MOS live sensor DSLR with up to 14 interchangeable lenses.  But this is just the starting point with the Lumix GX1.  Panasonic’s latest and greatest pocket DLSR camera looks and feels like the previous iterations, the GF1, GF2 and GF3,  but the GX1 is better for all around photography that demands customizability, and the ease of use of a point and shoot. 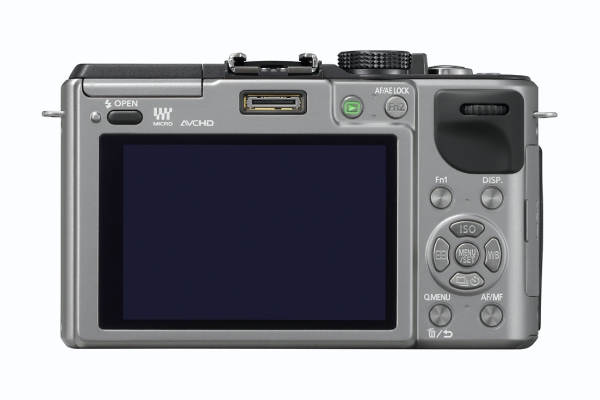 The GX1’s body is made from aluminum chassis, and it weighs in at  just 413 grams.  You’ll be able to choose from two finishes: Gunmetal Grey and Raven Black.  In addition to a 16-megapixel sensor, Panasonic has reduced the auto focus time to just .9 seconds, which Panasonic says is the fastest among Compact System Cameras.  Burst mode lets you capture up to 20 frames per second, and you can also record full HD video. 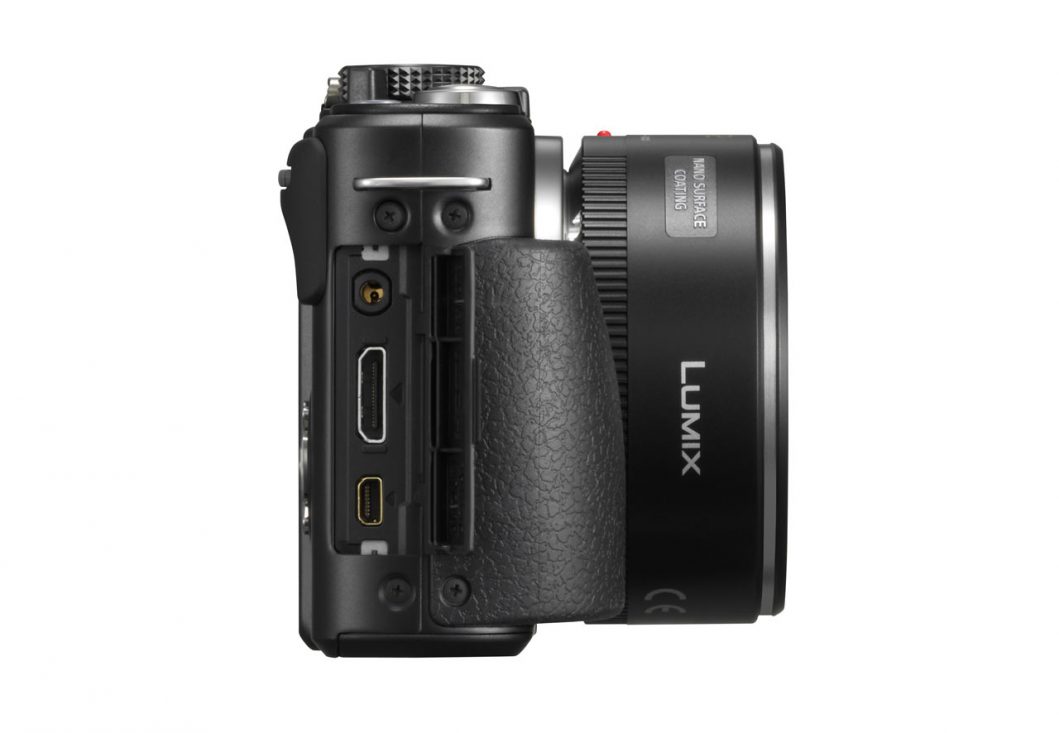 Similar to the GF3, the [amazon_link id=”B00604YSQC” target=”_blank” container=”” container_class=”” ]GX1[/amazon_link] includes a 3-inch, angle-adjustable touchscreen that allows you to touch-to-focus and activate the shutter.  There’s also a built-in flash, face detection, an auto scene mode and an auto mode.  Panasonic has also added two macro touchscreen button as well as two macro hard buttons for different pitch options.   Did I mention 3D?  The GX1 captures 3D photos, though you’ll need to invest in a special digital lens. 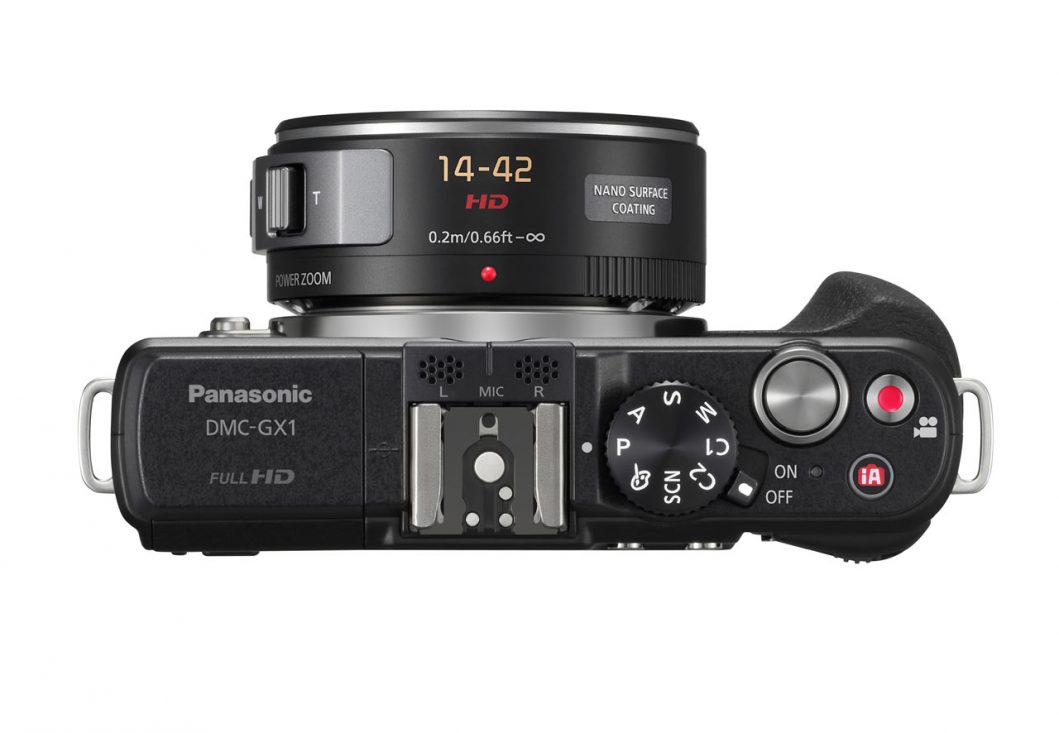 Check out the video and full press release below….

SECAUCUS, NJ (November 7, 2011) – Panasonic today announces its latest Compact System Camera (CSC), the LUMIX DMC-GX1, which joins Panasonic’s award-winning LUMIX G Series of digital cameras, which are acclaimed for their high image quality with small and compact body and lenses.  The new LUMIX GX1 features a 16.01-megapixel Live MOS sensor and Venus Engine, helping to ensure real-to-life images through excellent resolution, image rendering and color reproduction.  Even in low-light situations and at maximum 12800 high ISO sensitivity, the LUMIX GX1 can produce stunning photos and videos, and because of its compact size it can be easily carried for daily use.

“Panasonic expects the LUMIX GX1 to please a lot of photo enthusiasts who have been eager for a technology upgrade comparable to the LUMIX DMC-GF1, which continues to be a very popular digital camera with dedicated followers who appreciate the compact size, yet high quality of photos and video,” said Darin Pepple, Senior Product Manager, Imaging, Panasonic Consumer Electronics Company. “The LUMIX GX1 is an extremely flexible and capable digital camera with fast AF speeds and outstanding image quality.  Plus with a built-in flash and a hot shoe allowing for accessories like an external view finder, the GX1 is a powerful compact system camera that is small enough to be a photographer’s everyday camera choice.”

The LUMIX GX1, like all the models in Panasonic’s LUMIX G Series of CSC, adopts Contrast AF for its focus system, so focusing is controlled by the image sensor.  When compared with the Phase difference system AF, Contrast AF achieves higher accuracy especially when shooting with a bright lens with small F value. For instance, the accuracy of Contrast AF is approximately 90% while Phase difference AF is approximately 60% at F1.4. Additionally, with the precise Contrast AF system, the LUMIX GX1 achieves high resolution through an optimal balance of resolution and noise reduction, thus producing lifelike image rendering and highly precise Auto Exposure and white balance. To further advance the Contrast AF, the LUMIX GX1?incorporates full-area focusing, making it possible to set focus on any point in the field of view. With the LUMIX GX1’s 3.0-inch touch LCD screen, frame composition is intuitive and easy.

The LUMIX GX1 features an ultra high-speed Light Speed AF*, which means it can Auto Focus in approximately 0.09 second. This is achieved by reducing the detection time for focusing by the synchronizing the lens and sensor at 120 fps.  Plus, the newly-added focus mode AFF (AF Flexible) locks on the focus when the shutter button is half-pressed, however, if the subject moves, the focusing is reset to get the best results. Combined with the Touch AF control, setting and focusing on the subject is incredibly easy and quick.

The touch-control system of the LUMIX GX1 lets users set the focus on the subject by simply touching it on the large, 460,000-dot wide-viewing angle LCD.  Users can even release the shutter by touching the screen.  Once locked on the subject with a touch, the LUMIX GX1 tracks the subject, even when it moves, using the AF tracking function. With a touch on the screen, users can select the part and the size of the AF area, choosing from 1-area AF, Multi-area AF with 23 AF areas and Pinpoint AF, which allows extremely precise focus setting.

Despite its compact size, the LUMIX GX1 is extremely intuitive to operate, with an optimized layout of control buttons, a mode dial and dedicated function buttons. Users can customize the two external buttons and two menus tabs to settings they most frequently use so they are easily accessible.  In addition, a total of four custom setting patterns can be stored to the camera’s model dial – one on ‘C1’ and three on ‘C2.’  Furthermore, the LUMIX GX1 was designed to enhance its ergonomics, with a grip that fits naturally and comfortably in the hand, despite its flat profile and compact design.  Plus, the LUMIX GX1 has a more tactile texture and the mode dial is easy to turn and features print that is easy to read and won’t easily wear.

The LUMIX GX1 can record 1920 x 1080 at 60i, with sensor output of 30p, full-High Definition videos in the AVCHD format which excels in both compression efficiency and compatibility with AV equipment for playback.  In addition to the practical full-time AF, the Touch AF in video recording also lets users enjoy professional-like rack focusing. Just by pointing at the subject, the focus is shifted so it stands out. With a dedicated video record button on the top, users can instantly start recording videos while shooting photos without any having to make any extra setting adjustments. Along with the full-HD video capabilities, the LUMIX GX1 also features high-quality sound, recorded with Dolby® Digital Stereo Creator. Videos can also be recorded in MP4 format for playback on a PC or other portable electronic devices without having to convert the files.

Other features of the new Panasonic LUMIX GX1 compact system camera include:

The Micro Four Thirds System products are joining today’s Four Thirds System products to provide customers with even higher levels of performance in a digital interchangeable lens camera. In addition to LUMIX G lenses, the LUMIX DMC-GX1 can use any interchangeable lens that complies with the Four Thirds System standard via an optional mount adapter for the unlimited number of lens properties.  The LUMIX GX1 system camera offers a wide variety of options to choose from to match every shooting situation and shooting style, including: external flashes, PL filters, ND filters, MC protectors, remote shutter, zoom level, battery packs, AC

* The time for focusing on the subject is measured with LUMIX G X VARIO PZ 14-42mm / F3.5-5.6 ASPH. / POWER O.I.S (H-PS14042) to move the lens position to “2m” from the “infinity” position. The zoom is positioned at its widest end. Panasonic measurement method
**Based on a CIPA Standard.

Greendix’s Soccer Ball is Powered by the Sun