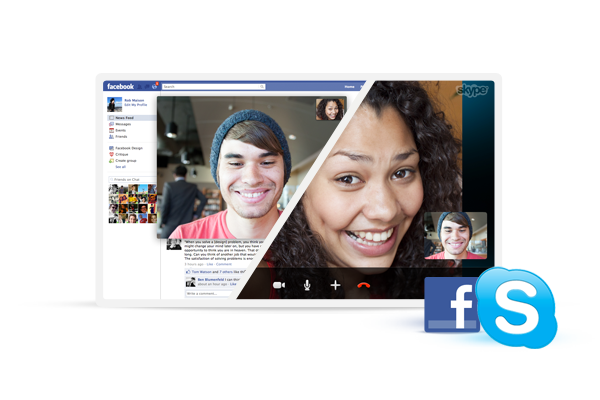 Skype’s new update launched on Tuesday, and it brings a cool new feature to both the Windows and Mac environments.  Now, Skype lets you message as well as make video calls with people logged into Facebook.

When you download the new version of Skype, you are presented with the option to connect to Facebook.  Once connected, you can then see which of your friends are available to chat or see on video. Calling them is as simple as tapping a button next to their name.

To see a demonstration of how it works, take a look at the video below. For those who want to download the Beta versions now, you can get the Mac version here and the Windows version here.

Another feature has also been added to Skype with Windows.  Now, users can get group screen sharing, and the rendering engine has been updated to make the video smoother.

Check out the full video of the new service…