Magic Leap has finally pulled the curtain back on its augmented reality headset, featuring inside-out tracking and wireless operation and processing, abilities that could make it the most sophisticated AR device around. 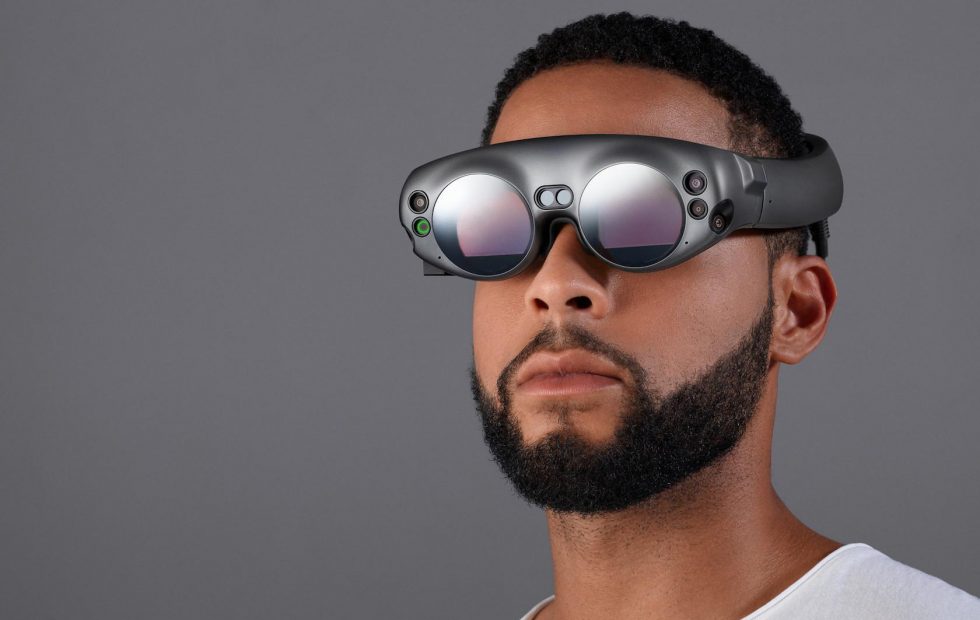 The Magic Leap has been touted for a long, long time, and it’s now finally in the hands of developers. No release date or pricing has been determined as of yet, but its feature set is getting every AR enthusiast very excited.

The Magic Leap concept is to marry the real and virtual worlds more than ever before, and while other augmented reality headsets have lacked resolution and real-life presence, the Magic Leap headset is said to be capable of creating lifelike digital objects that coexist in the real world. As well as detecting your physical rotation and location, the Magic Leap headset can pick up objects, surfaces and planes, providing a digital rendition of them, and subsequently having digital objects actually interact with the physical world. Pretty advanced, hug? 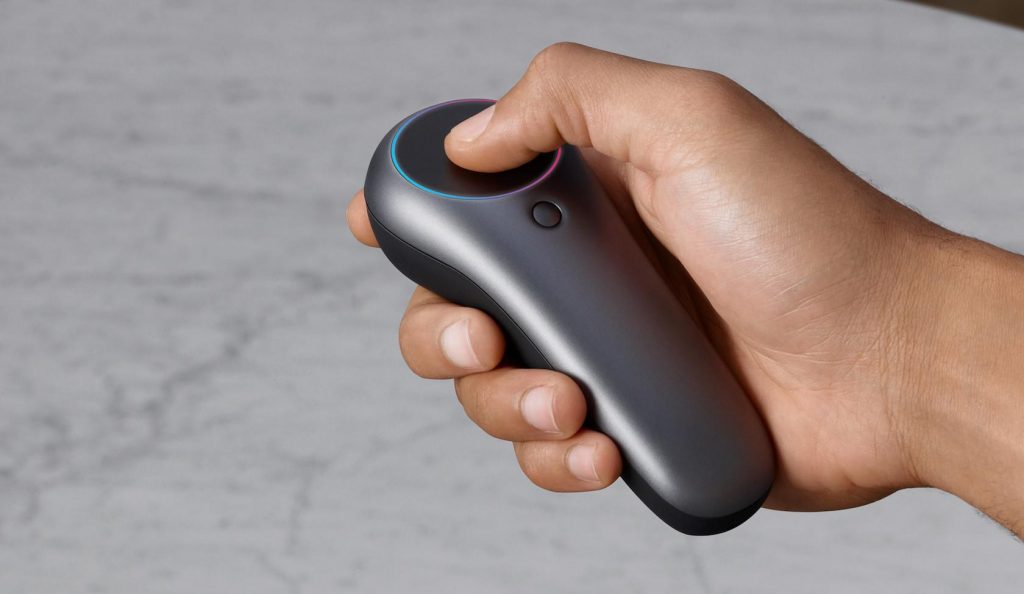 That Magic Leap augmented view will be customizable, allowing you to create and mount your own virtual displays wherever you want, as well as have digital objects continue to interact with the world even when you’re not looking at them. The Magic Leap headset will leverage technology to allow for natural object processing by your brain, making the headset comfortable to wear for extended periods of use. Audio-wise, the Magic Leap will imitate the real world to provide intensity and distance mapping so that sounds feel as real as the visuals. 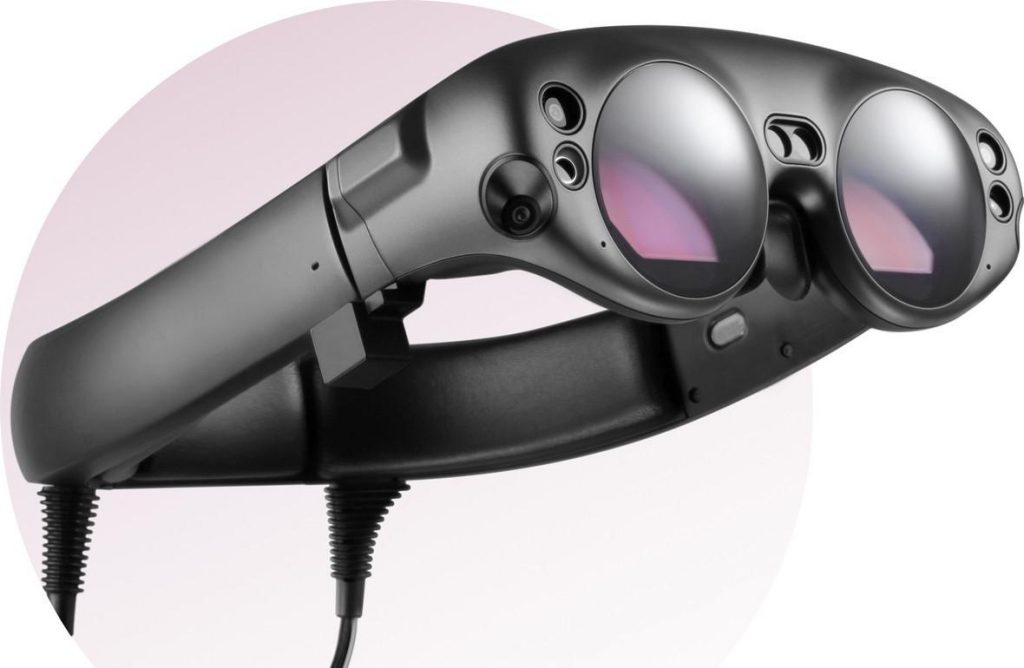 All of the augmented features can be interacted with using a broad range of input options, including gestures, voice and the wireless remote controller. Although there’s no definitive specs on the internal hardware, it’s speculated that the Magic Leap will be as powerful as a laptop computer, which means that it will be powerful enough to recreate items that look completely realistic. 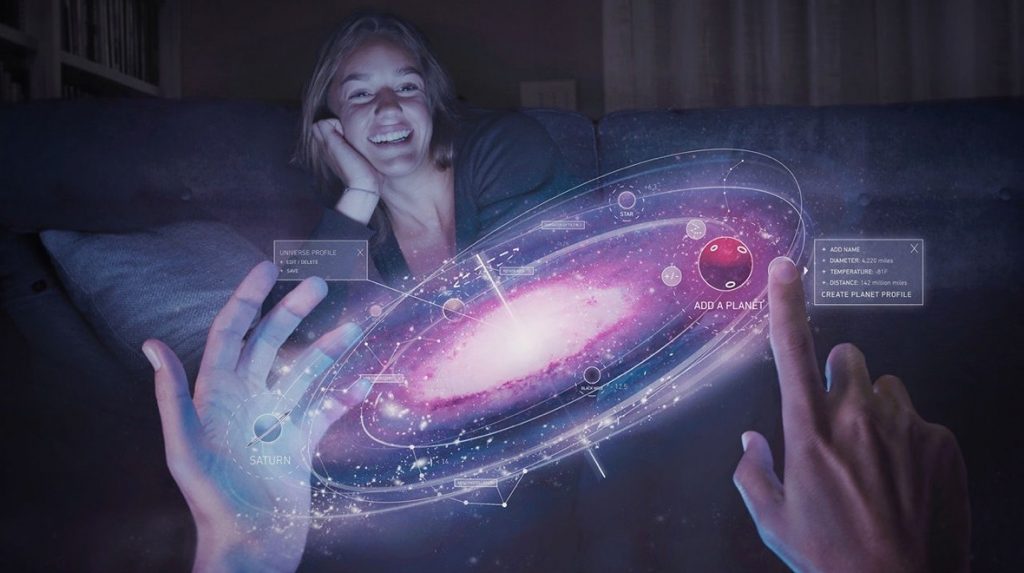 Magic Leap says that this is just the beginning. The headset itself will launch at some point in 2018, with a Creator Portal debuting earlier in the year, letting developers working with the bare-bones Creator Editon to create the software to make Magic Leap applications that really open up its capabilities.

The AWOL LTV-2500 is an ultra short throw laser projector that can play video at 4K UHD with support to HDR10+ thanks to its Triple Color Chroma Pure Laser, featuring an adjustable projection size between 80" to 150" at just 6" distance from a wall, built-in 36W Stereo Speakers that also support Dolby ATMOS, and multiple input options (two standard HDMI, one HDMI eARC, two USB 2.0, one Ethernet port, a Digital Audio Output port, an AV Input port, and a TV-Stick Pocket). In sum, this ultra short throw laser projector boasts a Triple Color Pure Laser engine that completely revolutionizes the way you watch your favorite content at home. The AWOL LTV-2500 can display its 4K UHD resolution video for up to a 120" image-size by projecting its radiant colors onto any wall, all while simultaneously creating an enthralling listening experience thanks to its 36W Stereo Speakers and Dolby ATMOS integration. Best of all, you can have it neatly set-up just inches away from your wall, which means that you won't even have to deal with a bunch of tangled wires.
Read more
Media Gadgets

The Monster Blaster 3.0 is a 120-watts portable weatherproof speaker that features Bluetooth Connectivity with NFC Pairing, outstanding sound and bass, Dual Stereo Sound Modes, and up to 12 hours of battery life. With an explosive 120 watts of power and innovative features like its Environment EQ technology which automatically optimizes the speaker's sound by triggering its Indoor or Outdoor Modes with the simply push of a button, the Blaster 3.0 is THE portable Bluetooth speaker to have for all 21st-century music lovers. In addition, its ultra-durable construction allows the speaker to be brought virtually anywhere, while its internal battery doubles as a portable power bank via a built-in USB-A Output Charging Port for conveniently recharging the battery of your other devices.
Read more
Media Gadgets

The Meeting Owl Pro is a WiFi-enabled 360º smart video-conferencing device camera that boasts a high-resolution 1080p video and great sound quality, which is even compatible with all Video-Conferencing Platforms, including Zoom, Microsoft Teams, and more. In other words, this all-in-one video conferencing device is designed to provide business workers of all sorts with an exceptional video-conferencing experience for all of their business meetings held virtually.
Read more
Media Gadgets

The Sonos Roam is a lightweight portable smart speaker that features a durable and waterproof-construction, great sound quality, both Bluetooth and WiFi Connectivity, support to Apple AirPlay 2, Voice Assistant Support and up to 10 hours of battery life. Boasting an unbelievable sound quality both for at home and on-the-go listening, this lightweight and outdoor-ready portable smart speaker was designed to let you appreciate your favorite tunes anywhere and at any time. With it, you can enjoy countless hours of listening to music, radio, audiobooks, and more, all while the Roam's long-lasting rechargeable battery ensures an all-day listening experience.
Read more