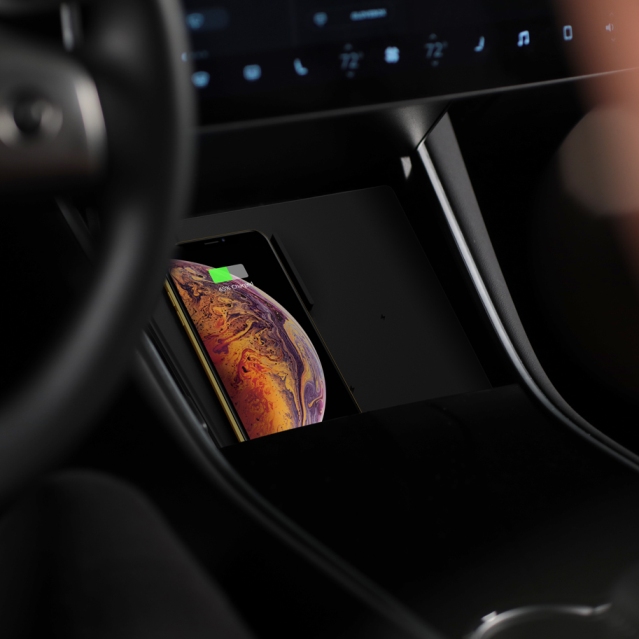 If you connect the Jeda Wireless Pad to the Model 3’s front USB ports, charging power maxes out at 7.5-watts. You can double that to 15-watts by plugging the pad into the car’s 12-volt power socket. The charger is also fast-charging compatible with Q.C MCU Samsung phones.

The charging pad can accommodate two large smartphones simultaneously side by side. Two micro USB cables ship with the Wireless Pad for dual-sided use. If you only use one side of the charger you only need to plug in one cable. When you use just one smartphone with it, you can position it in portrait mode in the Model 3 console for everyday use but switch to landscape mode for Google Maps or Waze. 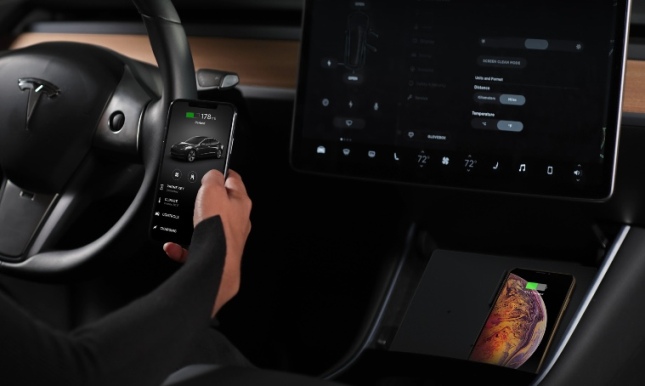 Even though Jeda designed the pad for easy-access wireless charging, you can also use the charger’s integrated wired charging ports for phones that are not Qi compatible. According to the company, you can use the Model 3 Wireless Charging Pad with phones in most cases, but not with cases made of metal or with metal kickstands. 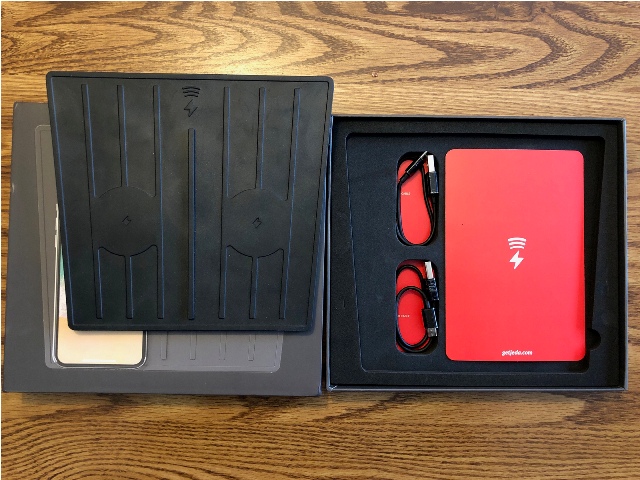 The second-gen charging pad is constructed of premium quality thermoplastic elastomers (TPE). The top surface is ridged to prevent smartphone sliding, with three times as much grip as the first generation charger, according to Jeda. The back or bottom of the charger has knobs that correspond to knobs in the Tesla Model 3’s console. Together the knobs help hold the device in place.

According to Jeda, the company is developing wireless charging solutions for the Tesla Model S and Model X as well, which it expects to launch sometime this year. So far there is no public information about either the form or features of the Model S and X chargers. The Jeda Wireless Pad will be available for $99 starting on February 5 on the Jeda’s website.