The U.S. Army showed off its Integrated Visual Augmentation System, or IVAS, which is a modified version of the Microsoft HoloLens 2 augmented reality headset.

Microsoft received a $480 million contract last November to equip soldiers with its HoloLens technology, which the Army said would “increase lethality by enhancing the ability to detect, decide, and engage before the enemy.” It was also suggested that the Army would likely use the HoloLens 2 as a training tool.

A few months later, the Army gave CNBC an exclusive look at an early version of the IVAS. The AR headset looks very similar to its commercial version, except for the FLIR thermal camera mounted above the wearer’s forehead. 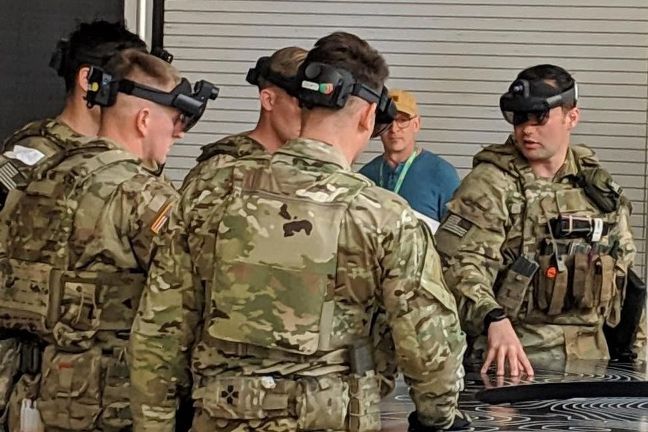 Augmented reality headsets place digital elements on top of the real world, compared to virtual reality headsets that plunge wearers into an alternate universe. When CNBC’s Todd Haselton put on the IVAS, he saw a map on the floor that displayed his location, as well as those of other squad members who were also wearing the headsets, and a compass when looking up. As he moved, he saw various way points that marked the location of squadmates or known enemy positions.

Haselton likened the experience of knowing where he, his teammates, and their enemies were on a map to “a real-life game of Call of Duty.” In addition, the IVAS also provided thermal imaging, showing where people are by having them glow bright white even at night and through bushes and smoke. The headset also shows the reticle, or the aim of the soldier’s weapon, through the visor. 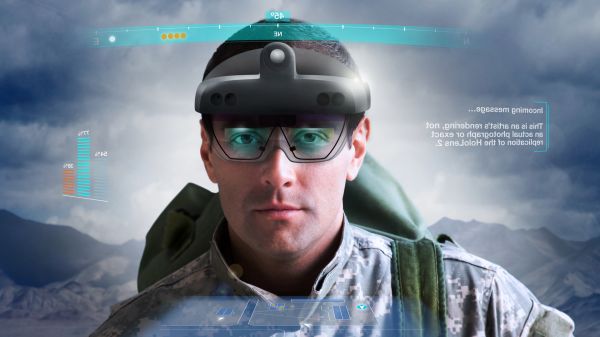 The current version of the IVAS is too big for helmets, but the Army is working to make it smaller, according to the report. One leader in the Army said that he expects the system to shrink to the size of sunglasses within six months, with Under Secretary of the Army Ryan McCarthy saying that thousands and thousands of soldiers are expected to be using the IVAS on the field by 2022 and 2023.

“As soon as the technology is solidified and ready for the war fighter, we’re ready to roll it out,” said Command Sergeant Major Michael Crosby, adding that a broader rollout may happen by 2028.

What is a Popup Template, and Why Should You Use One?