NASA Looking to Map the Moon by Using an Infrared Camera

The Moon is one of the most well-understood bodies in our solar system, and Earth’s only natural satellite. It is also the only other world that has ever been explored by mankind in person. Regardless of all these facts, there’s still a lot that scientists haven’t fully understood about the Moon, and learning more about our closest neighbor could teach us a lot about the origins of Earth as well as other planets.

Regarding the matter, a new project that will use infrared cameras to map the lunar surface in major detail has just received NASA’s major approval. The tool is called the “Lunar Compact Infrared Imaging System” (or just “L-CIRiS”), and is part of a larger effort to study and learn as much about the Moon as possible, anticipating any possible return of crewed missions to the Moon’s surface.

The L-CIRiS camera won’t actually be launched in a separate and dedicated solo-mission. It will instead be included as a ride-along device with one of three lunar landers that will venture to the Moon over the next five years or so. The infrared imager system will do most of the work during the descent of the lander it is attached too. The camera will be located above one of the landers and, as the lander travels toward its destined landing location, the imager will scan a huge area of the surface and transfer that information back to Earth. 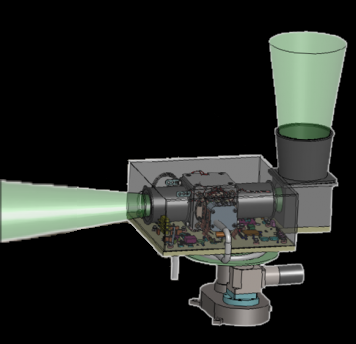 Paul Hayne, leader of the instrument’s development, stated “Data from L-CIRiS will help plan future lander, rover and astronaut missions by identifying hazardous rocks and determining the density of the lunar soil.”

In the future, information from both the L-CIRiS as well as from other lunar survey projects will help NASA with planning its future crewed missions to the Moon and maybe even offer insights that will help NASA to better plan trips to other planets as well.

Pendolo speaker concept perfect for Pit and the Pendulum fans