While growing meat worldwide in labs might sound unrealistic and look like an unachievable goal, this easily has the potential to change the face of food production and the entire meat industry. The process would ultimately offer an alternative to the present-day meat production methods, and is also more environmentally friendly, as well as more ethical.

However, we humans are well known as superficial creatures, which means that before most people become willing to give it a try, lab-grown meat will certainly have to start tasting like the real thing.

This brings us to a new research conducted by the Disease Biophysics Group from John A. Paulson School of Engineering and Applied Sciences (SEAS), at the private Harvard University located in Cambridge, Massachusetts.

A group of scientists from Professor Kit Parker’s lab at SEAS have developed a new method of growing rabbit and cow muscle cells on edible gelatin scaffolds. While that might sound gross to most people, it’s important that we stay focused and do not overlook the bigger picture here. The most important thing from this new research is that the results accurately mimic the texture and consistency of real meat.

Prof. Kit Parker of the Harvard School of Engineering & Applied Sciences researches cardiac cell biology and tissue engineering, traumatic brain injury, and biological applications of micro- and nanotechnologies. To simply put it, Mr. Kit Parker is using leading-edge technology to figure out how to repair our bodies more effectively.

The in lab-grown meat process is something that can easily start showing up around other parts of the world, coming with the associated potential of taking down the Meat Industry in a “not-so-distant” future.

Dr. Luke MacQueen, a research scholar in Parker’s lab, commented on the subject, saying “One of the main challenges holding back industrial production of ‘lab-grown’ or ‘cultured’ meat is the requirement for muscle cells to attach to something when they are growing in 3D. We found a way to convert gelatin, an edible component of natural meats, into 3D fiber networks that allow muscle cells to attach and grow in 3D. The combination of cells and scaffolds makes a tissue. Meat is mostly skeletal muscle tissue, so our scaffolds cultured with muscle cells are a first step toward cultured meat.”

The group of scientists found their research inspiration from cotton candy machines, which then propelled them to start their nanofiber production process. 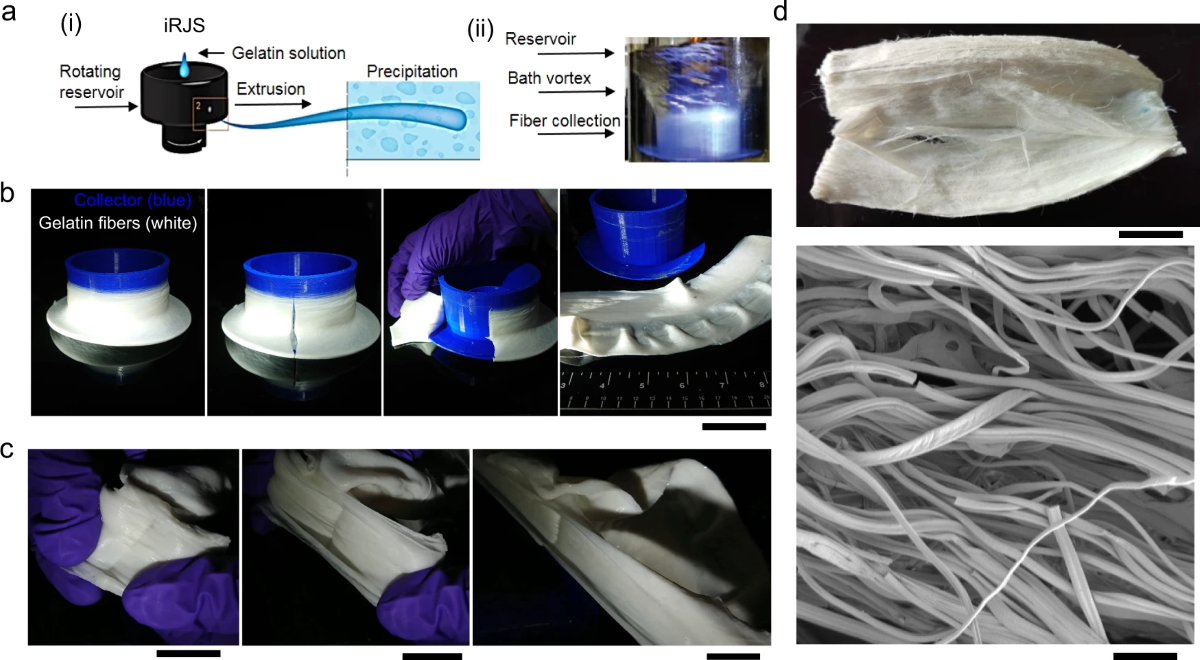 It all began with the team feeding a solution of gelatin dissolved in water into a rotating reservoir with small holes in its walls. The rotation forces the gelatin solution out through the holes, forming “gelatin jets”. These “gelatin jels” then travel through the air for around 10 centimeters before getting completely dehydrated in an ethanol bath. After that, the gelatin fibers are freeze-dried and stored for future use.

“We have a lot of work in progress on this topic,” MacQueen added. “Some of that involves new scaffold formulations, including plant proteins, and some involves new cell types, like stem cells and fat. We are planning to commercialize this research.”

The Pet Pooch Power System is a clever, cordless vacuum cleaner that cleans up your pet's business. Its long handle means you won’t have...
Read more
Media Gadgets

Fujifilm just released its latest product, the Instax Mini LiPlay. This camera is the latest instant film camera model for the company, but its...
Read more