The Wireless Charging technology that allows us to recharge our devices’ batteries in a more convenient way than when using USB Charging Cables is based on the Qi standard, an open universal charging standard created by the Wireless Power Consortium (WPC) that defines wireless power transfer by using inductive charging (i.e. inductive coupling) over distances of up to 1.6 inches (4 cm). While this amazing charging technology was originally released all the way back in 2008 – it surely took a few years for it to actually start showing up “almost everywhere”. Then, during 2020, we finally saw the Qi standard incorporated into more than 200 smartphones, tablets and other devices from many different manufacturers (including, Apple, Xiaomi, Google, Huawei, Samsung, LG, and many others). Now, while Qi Wireless Charging has definitely become a standard feature for mobile users, this technology is still not available on every single mobile device. Nevertheless, a recent blog post from Xiaomi itself teases fans with a huge improvement that promises to push the technology to its next big step – Remote Wireless Charging.

The renowned Chinese Multinational Electronics Company (Xiaomi) named its upcoming technology Mi Air Charge Technology. With it, Xiaomi is looking to bring consumers a touchless “true” wireless charging technology that is potentially capable of recharging devices from several meters away.

The Past of Qi Wireless Charging – An Uncertain Start

It’s important to note that this is not the first time that we’ve heard about Remote Wireless Charging becoming a reality. In fact, some companies had already introduced the concept of remote wireless charging equipment before, start with Palm Pre, who first introduced consumers to the idea at CES 2009 with its Touchstone Charging Dock.

This then led a few other companies to quickly add similar functionalities to their phones, tablets and even smartwatches.

Another worthy mention would be Energous, who, during CES 2015, was the company behind the release of the Energous WattUp, which was designed as an “over-the-air,” wire-free technology that allowed users to charge mobile devices up to 15 feet away, without the use of a cord or mat. 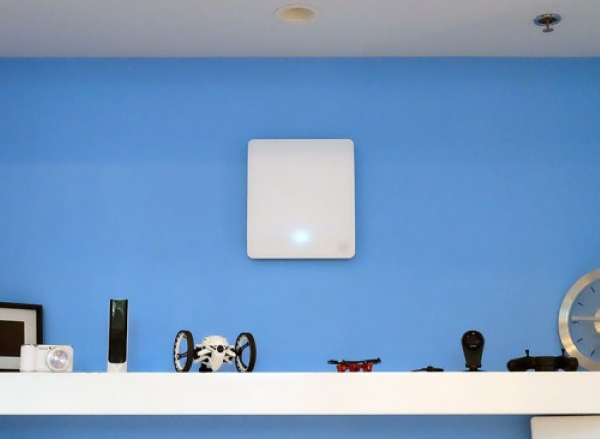 To be fair, this type of Remote Wireless Charging technology has actually been hyped up for years now, but no company was ever able to successfully develop and commercialize it. While Xiaomi itself is no stranger to improving and innovating the current wireless charging technology as we know it today – as in the past, the company introduced both 80W wireless charging and 120W wired charging to the consumers market – its previous advancements were still only somewhat more incremental (i.e. improving the technology with stronger functionalities) rather than revolutionary.

Nevertheless, if Xiaomi manages to turn this into something more than just a tech. demo – which, according to a twitter post made by Xiaomi’s Product PR Spokesperson Agatha Tang, notes that it is exactly what this technology currently is – then its Mi Air Charge Technology can potentially become one of those revolutionary technologies that can ultimately change the way we use our mobile devices.

Now, while several companies have indeed stepped up to the challenge and worked extra-hard to try and release a fully-functional Remote Wireless Charging technology, so far, there wasn’t really any product that actually hit the market.

Keep in mind that on its official blog post, Xiaomi didn’t really give us any details about its Mi Air Charge Technology for Remote Wireless Charging, so there’s still no release date for it, as well as no mentions of any compatible hardware.

However, unlike other companies, Xiaomi actually showed off a demo and even talked about the 17 patents that it already has registered to back-up the development of its Mi Air Charge Technology, and that’s much more work than we’ve ever seen from any other phone manufacturers that are looking to improve the Qi Wireless Charging technology that we currently use.

Xiaomi’s Mi Air Charge Technology is basically designed as a 5W charging system, and so, the core technology of Xiaomi’s remote charging is based in space positioning and energy transmission. Xiaomi’s self-developed isolated charging pile comes equipped with five (x5) built-in phase interference antennas, and these can help this remote wireless charging station to accurately detect the location of a user’s Smartphone.

Additionally, the company’s isolated charging pile prototype also integrates a special phase control array that’s composed by a total of 144 antennas, which help the entire system to transmit millimeter-wide waves directly to a surrounding (and close-enough) Smartphone via beamforming, which then has the Smartphone itself receiving those same waves on a 14-antenna array of its own.

This works in a very similar fashion to the slower, and now outdated Wireless Qi Charging technology (meaning one of the first versions of it), which would be kind of similar to the tiny chargers that Apple used to include with its older iPhone models.

Currently, the company’s Mi Air Charge Technology is capable of 5-watt remote wireless charging for a single device within a radius of several meters. Not only that, but multiple devices can be charged simultaneously with each device supporting 5-watts remote wireless charging, all while having these millimeter-wide waves passing through physical obstacles that won’t ever reduce the technology’s charging efficiency.

Still, the company sounds quite optimistic about its upcoming Remote Wireless Charging technology, as Xiaomi even stated on its online blog post that its Xiaomi Mi Air Charge Technology is “not science fiction”.

Lastly, the company promises that once its “revolutionary” Remote Wireless Charging technology is finally developed, it will be capable of charging multiple devices at once, pass through physical objects, and even send power to any kind of device that’s located around your room, and that includes pretty much any battery-powered device, from standard Bluetooth speakers all the way to a personal Smartwatches.

For now, and since the company already stated that its Xiaomi Mi Air Charge Technology won’t be ready this year, we can only wait patiently and hope that the brilliant minds at Xiaomi are able to finish developing its super-promising Remote Wireless Charging technology somewhere during the next year of 2022, or at least, before the end of it.

Without a doubt, it would be great to have our battery-powered devices getting their batteries charged wirelessly across our rooms while we could simultaneously stay focused on other tasks at hand, whether that’s sitting comfortably at your couch while watching TV, preparing a meal on your Kitchen with your Smartphone charging wirelessly inside your apron, or even while reading a book on top of your bed with your Smartphone next to you.

This article discusses five great reasons why an animated video is a great way to with go for a corporate presentation.
Read more
Technology

While there are many online fax services for you to use, it's important you choose one that best fits your needs. Here are 8 great Fax Services.
Read more
Technology

Since the COVID-19 worldwide pandemic originally shocked people globally, the nights of many folks have gotten longer, as well as lonelier, and that was mainly because of the mandatory lockdowns requested by many governments worldwide. However, while many industries got affected by the pandemic, there was one specific industry that started having its sales blowing up. That was none other than the sex doll industry, for which companies have seen a huge boost in the sales of AI-powered sex robots.
Read more