Moto Z4 is Bringing Back the Headphone Jack

Details are scarce right now with the upcoming flagship phone by Motorola, the Moto Z4, but the first leaks of this device has revealed that the headphone jack may be making a return.

One leak shows the Moto Z4 with a similar design as the previous Moto Z flagships, due to the Moto Mods system. The Moto Mod pogo pin connectors are back, so it’s likely the Moto Z4 is planned to have backwards compatibility with all the past Moto Mods. That means the design will have to stay mostly the same so mods can be used.

The large camera circle is back, along with a considerable bump. Oddly, there seems to only be a single camera lens in the image, which would be a downgrade from last year’s Moto Z3. It’s possible this is simply a placeholder for the initial render though. The bezels around the screen have been slimmed, and a notch housing a single selfie lens has been added. 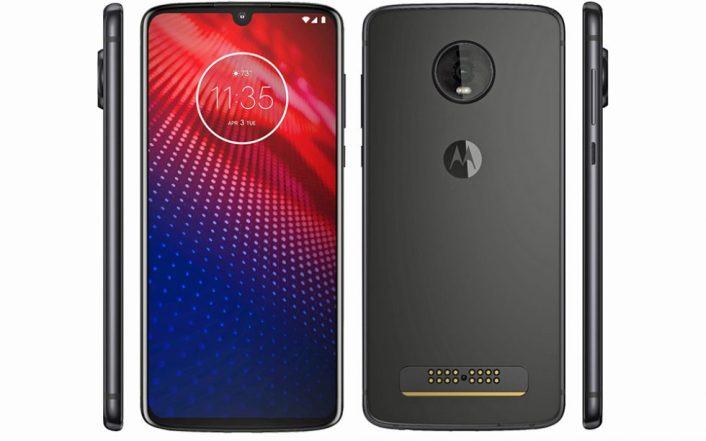 Most interesting is the apparent re-addition of the headphone jack. The 3.5mm jack has been slowly disappearing from flagship phones for years now, with Apple, Huawei, Sony, and more all dropping the venerable port in favor of freeing up internal space and relying on Bluetooth. Motorola was the first company to ditch the jack on the Moto Z, and this would be the first time a manufacturer has brought back the port. While this may not carry over onto the final handset, it would be odd for the port to be included on initial renders if it wasn’t intended to be there.

What other additions can we expect? A specs bump seems likely, though it won’t be the same as other 2019 flagship phones. Motorola tends to lag behind other manufacturers where processors are concerned, so don’t be surprised if we see last year’s Snapdragon 845 instead of the latest Snapdragon 855.

There’s been no mention of 5G connectivity built into the Moto Z4 yet, and it seems more likely to us that Motorola would continue to use the 5G Moto Mod for the moment as a cost-cutting measure. True 5G phones like the Samsung Galaxy S10 5G are expensive, and it seems unlikely Motorola would spend the extra money adding a feature that the Moto Mod already covers.