Swiss watch maker Alpina has announced a new version of its AlpinerX hybrid smartwatch, dubbed the AlpinerX Alive. The big changes here include a new color screen with touch sensitive glass over the top, and new features including a heart rate sensor. The original Alpina Alpiner X smartwatch was an awesome blend of Swiss watch making and connected tech, so it’s cool to see an even tighter integration of the two worlds for this new version. 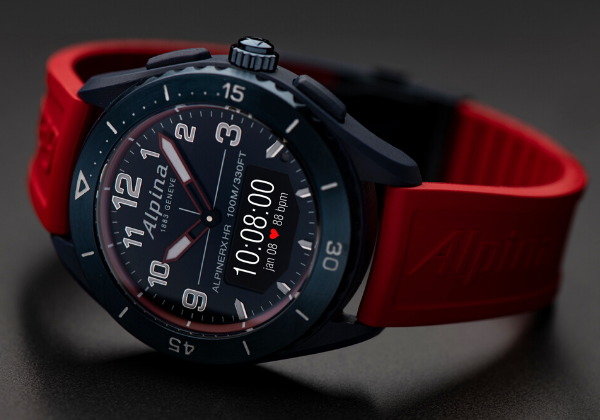 The Alpina AlpinerX Alive’s face is dominated by the analogue dial, but with a small color OLED touchscreen set in the bottom half. It’s a marriage that supports both form and function, and doesn’t detract from the Alpina’s style. The screen shows the time and date, notifications, alarms, hydration reminders, step count, heart rate, battery percentage and timers.

The heart rate monitor on the back of the watch and the built-in GPS supports next-level fitness tracking. The original AlpinerX is aimed at the outdoor enthusiast, while the AlpinerX Alive seems to have broadened its appeal, and now includes sleep tracking, breathing reminders, and fitness coaching too. All this requires the use of its companion app. However, all this new tech does mean the AlpinerX Alive now has greater power requirements, and the battery needs recharging every seven days. The original AlpinerX does not need charging at all, and runs on a standard watch battery.

There are two case types available: a polished stainless steel case and a blue fiberglass case. Both measure 45mm, and whichever you choose, it’s possible to customize everything from the type of strap and the shade of the inner bezel surround, to the color of the dial and the hands. There are a generous 1,500 different designs possible using Alpina’s online configurator, so you can really make the watch your own. 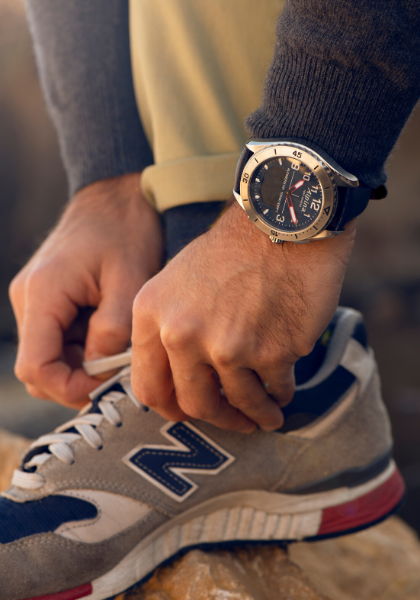 Again like the original, the Alpina AlpinerX Alive looks set to satisfy both watch geeks and tech enthusiasts, and it’s one of the few examples of the traditional Swiss watch industry getting smartwatches right. However, credentials like this don’t come cheap. The blue fiberglass Alpina AlpinerX Alive costs around $1,030, while the polished stainless steel version is around $1,340. Plus, it’s not easy to buy one yet, as Alpina currently has not opened sales in the U.S. or the U.K. yet.

The original AlpinerX was similarly restricted at first, but became easier to purchase internationally after a few months. It was worth the effort, and it looks like the AlpinerX Alive will be too.

While Apple Watches literally boast a ton of smart features that can easily improve our lifestyle, these are also high-end smartwatches, meaning its super...
Read more
Smartwatches

As we've reached a brand-new decade, 2020 already brough us many new stylish gadgets, but that doesn’t mean that your belongings need to look...
Read more